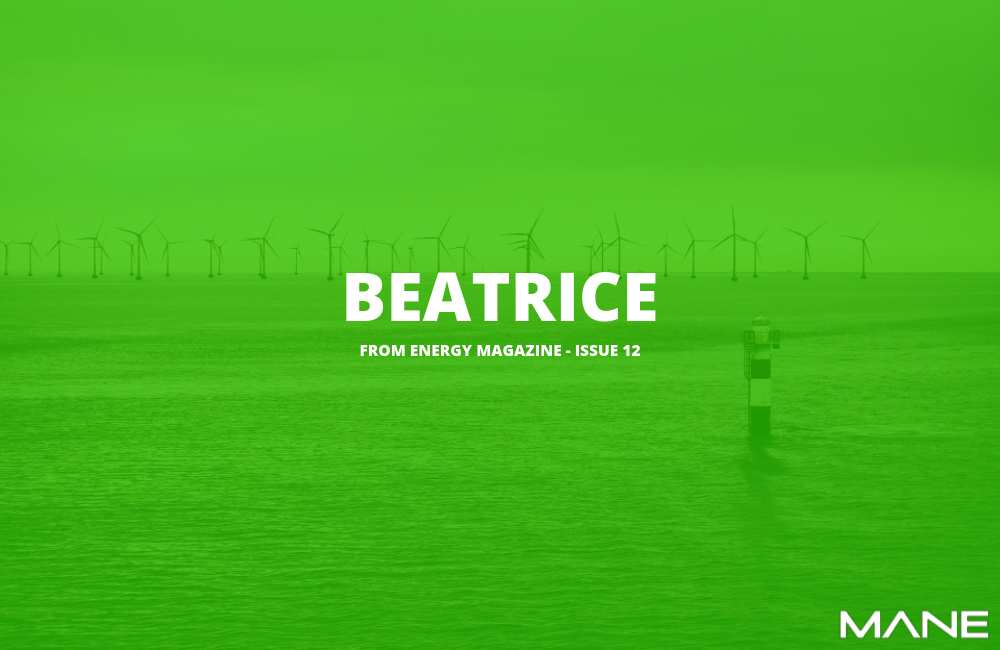 Beatrice is Scotland’s largest offshore wind farm. Located approximately 13km from the Caithness coast, Beatrice will create around 90 full-time roles for the duration of its 25-year lifespan.

The wind farm was in fact built back in 2007 with two turbines with a total capacity of 10 MW, it was designed to examine the feasibility of building a commercial wind farm in deep water at a reasonable distance from the shore.

The venture itself consisted of employing over 1,500 people onshore and offshore during construction, the project generated its first bit of power back in July 2018. As well as creating and supporting the 1,500 jobs and powering over 450,000 homes on completion, Beatrice will bring up to 90 job roles to Wick during its operational phase. This is very good news for Wick Harbour as these are high-quality well-paid jobs.

The first turbine for the £2.6bn expansion was installed in July 2018, with the final turbine being installed on the 14th of May 2019. With the last of the 84 Siemens Gamesa 7MW wind turbines being installed by the Pacific Orca vessel, it’s predicted that the wind farm will be fully operational over the next few months.

Each of Beatrice’s turbines, at 188m (617ft) from sea level to blade tip, stand taller than the London Eye. It is the largest offshore wind farm in the world to use jacket foundations. These jackets weigh about 1,000 tonnes each and are the deepest water fixed foundations of any wind farm in the world, installed in water depths of over 56m (184ft).

At the end of May, Beatrice wind farm achieved 587.9MW of electricity – enough to power 450,000 homes. The operators of the wind farm say it has generated the most electricity of any single renewable source in Scotland.

It's predicted that the Beatrice Offshore Windfarm will be fully operational for around 25 years.

Beatrice Offshore Windfarm has definitely added to what is a growing industry for Scotland, it will be exciting to see what's next for Scotland when it comes to renewables!