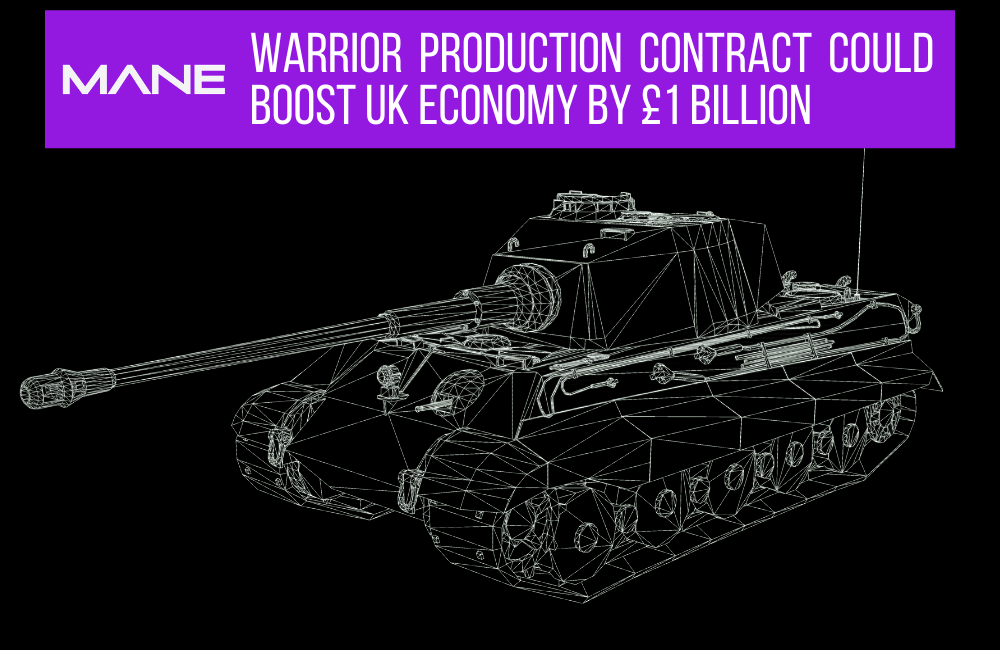 The UK economy could get a £1 billion fillip from a new production contract for armoured vehicle upgrades, according to a report by KPMG commissioned by Lockheed Martin.

The Warrior Capability Sustainment Programme (CSP) will upgrade the electronics of Warrior Armoured Fighting Vehicles, which have been around since the 1980s. The aim is to extend their working lifespans into the 2040s and beyond. The vehicles will also get new turrets based on CTA International CT40 cannons.

While exact numbers are unconfirmed, the Warrior CSP is expected to upgrade 275 vehicles by 2029, which would bring the British economy an estimated £1 billion Gross Value Added (GVA).

Lockheed Martin says British companies will handle about 80% of the production and integration work, including the new turret, which will be completed at its own 20,000m2 high-tech facility in Ampthill, Bedfordshire, the only one of its kind in the UK for turret production.

According to the KPMG report, this could create 100 jobs a year – up to 2,000 a year at the peak of production, if you count those created in the supply chain as well as direct employment.

The upgraded vehicles would likely be ready for action between 2023 and 2028. That’s a long timeline – Lockheed Martin was first awarded the Warrior CSP development contract in 2011, which would make it 12 years from the signing of that contract to the completion of the first upgrades.

The report predicts that a production contract will generate £278.9 million direct GVA, £484.3 million indirect GVA via the supply chain, and £280.4 million additional GVA through Lockheed Martin workers spending their earnings from the project.

At the Ampthill site, Lockheed Martin is also producing 245 turrets for British Army AJAX reconnaissance vehicles, which use the same type of cannon as Warrior vehicles. Lockheed Martin estimates the market for medium-calibre turrets could generate £16 billion in its own right over the next 10 years.