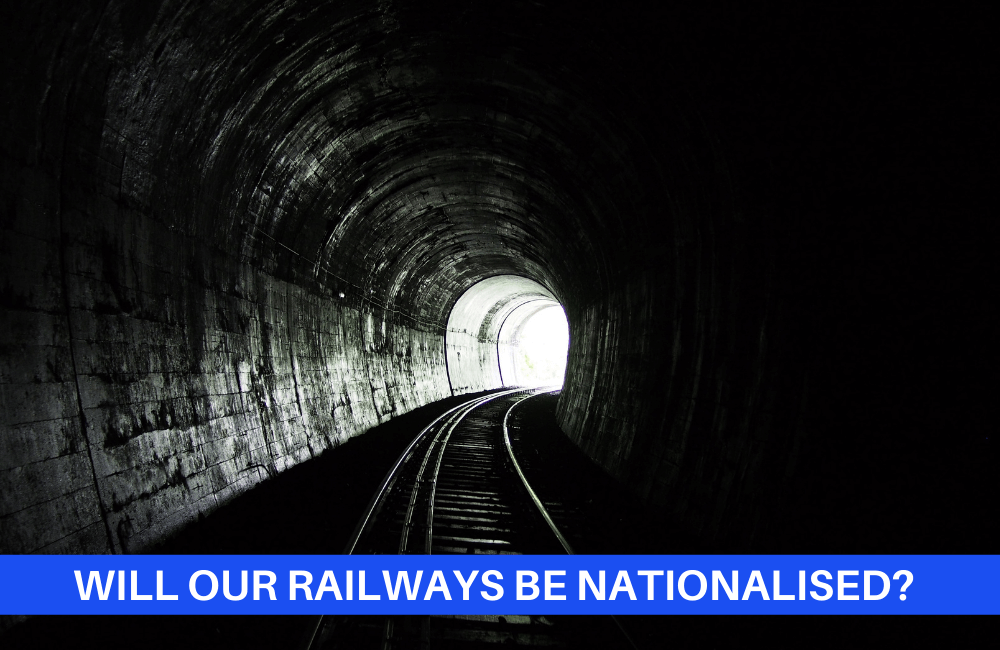 Will our Railways be Nationalised?

The McNulty report, published over a decade ago, contains a quotation that remains seemingly relevant today:

“The fact that the structures within an industry which has many players, and the interfaces between those players, have not worked well in terms of securing co-operative effort at operational interfaces or active engagement in cross-industry activities which need to be undertaken for the common good.”

In it, is highlighted the key message emerging from the Williams-Shapps Plan for Rail – that is, that the fragmentation of the network has perhaps led to complex and adversarial relationships between different parts of the industry. Subsequently, focus has been diverted away from the customer. The privatisation of the industry in 1994 was thought to be a strategic plan - fostering competition, and bringing about greater efficiency, yet it has been the opposite that has proved true. And well, these problems have evidently persisted for well over a decade.

2022 is perceived to be a year no different. By the financial year’s end, passengers could be paying higher fares for a service of fewer trains; where the trains are thought to become more crowded, stations are being stripped of its staff. These happenings are set to critically undermine the government’s ‘levelling up’ promise.

And whilst the Williams-Shapps Plan did not entirely romanticise the nationalised era of British Rail, it did, in September, suggest a significant change in the funding of our railways. It proposed that the franchise system created during privatisation were to be abolished. Under the franchise model, private operators competed for contracts, kept the fares, and were given an incentive to generate income through price increases. Now, the industry is being run through management contracts, allowing the government to keep all the fares.

The report further outlined the creation of a strategic body to oversee the railways. Replacing the current Network Rail, it will be called the Great British Railways. If GBR is to be sufficiently empowered, it could be to the benefit of both the rail’s users, and the taxpayer. Currently, this system of semi-privatisation entails that TOCs are to provide the service, but used leased trains from the ROSCOs on the tracks owned by the Network Rail – who also own the stations. Thus, with the simplification and re-unification of the sector as a result of the structural reform, GBR will manage timetables and ticketing, potentially restoring the focus of the rail network on serving passengers and communities. But yet again, the report makes clear that even such structural reform would still mean that private sector operators would have a critical role to play in delivering innovation and efficiency.

In an article published the Guardian, Christian Wolmar argues that ‘continuing ideological obsession with private-sector involvement’ causes increased costs and complexity. He argues not for the re-nationalisation, but rather, for our railways to be publicly owned. Wolmar suggests that they have always been a catalyst of economic prosperity - irrelevant is their commercial viability. Likening the rails to the roads, they are part of the fabric of the country, and thus should be run independently of state interference.

This is most certainly a possibility. Public ownership has proved successful in the past. In 2009, the East Coast line (after National Express walked out on the contract) was taken into public ownership. The service achieved a 94% customer satisfaction rate, required less public subsidy, and paid back £1bn to the Treasury. 6 years later, the government re-privatised the East Coast line, placing it under control of Virgin Trains, and Stagecoach. However, following successful campaigning, Chris Grayling was pushed to bring the East Coast line back under public control in 2018. Similarly, the Northern Rail has become the latest franchise to be brought under public ownership, initiated by Transport Secretary, Grant Shapps. The franchise had been failing its passengers, but is now run by the public Operator of Last Resort.

To conclude, is this perhaps another reason supporting the opinion that private enterprise only works where there is real and genuine opportunity for competition? How can competition survive when there is one set of pipes, one set of wires, or one set of tracks? How can competition exist when I can’t choose which train gets me into central London? Subsequently, if there is no competition, there are no competing prices, and no incentive to improve services. And with the private operators receiving subsidies from the government – rising from £5bn to £17bn throughout the pandemic – they continue to skim a profit off the top, at the expense of the taxpayer.

Privatisation, nor our current model of semi-privatisation have yet proved successful. The answer is clear, we need absolute nationalisation, or alternatively, for our railways to be publicly owned and supported by the Community Rail.