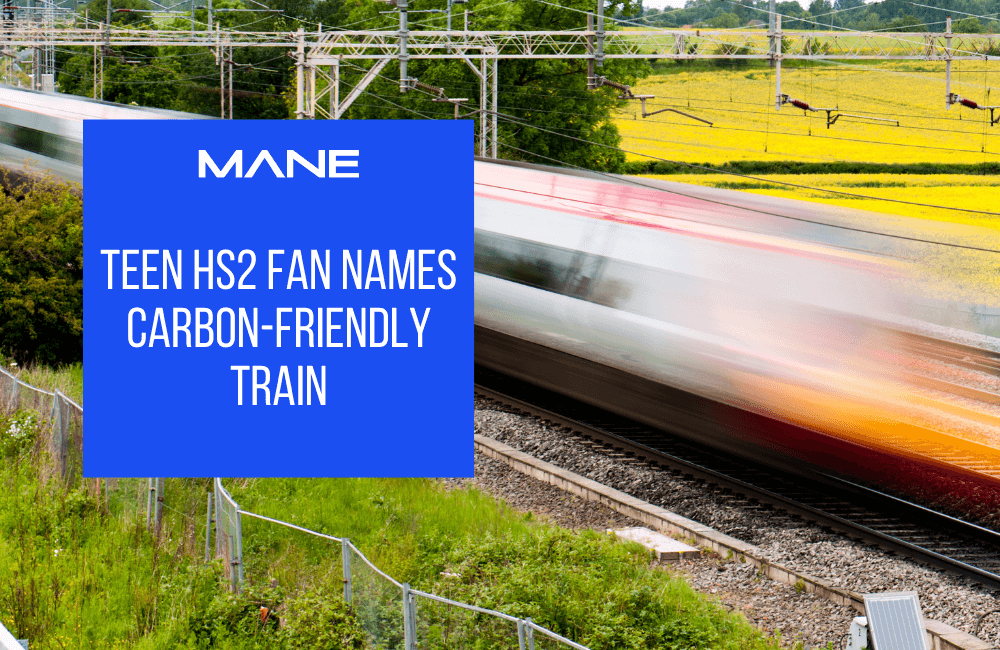 15-year-old rail fan Jermaine Allen had the honour of naming a new HS2 freight train that will cut carbon by replacing up to 76 lorries.

Jermaine unveiled the nameplate for the Class 66 GB Railfreight engine 66796 at the official opening of HS2’s 30-acre logistics hub in London. He named the locomotive ‘The Green Progressor’.

The train boasts a brand-new green livery promoting the ecological benefits of transporting construction materials by rail, which inspired Jermaine’s choice of name.

A self-confessed train fanatic from Leeds, Jermaine has been following HS2’s development since the age of five and has visited several construction sites along its route between the West Midlands and London Euston.

GB Railfreight and HS2’s construction partner SCS JV invited the teen to visit the new Logistics Hub to unveil the nameplate, and surprised him on the day with an extra accolade: a Class 08 shunting locomotive named after him.

“It's great to have this fantastic once in a lifetime opportunity,” said Jermaine. “I feel very privileged to name this locomotive and to be playing a part in the delivery of Europe's biggest infrastructure project.”

Up to 15,000 freight trains will deliver 10 million tonnes of aggregate to HS2 construction sites over the next decade, a major investment for the UK rail freight sector. And once the high-speed railway is open and carrying passengers, it will free up more space for freight on older railway lines.