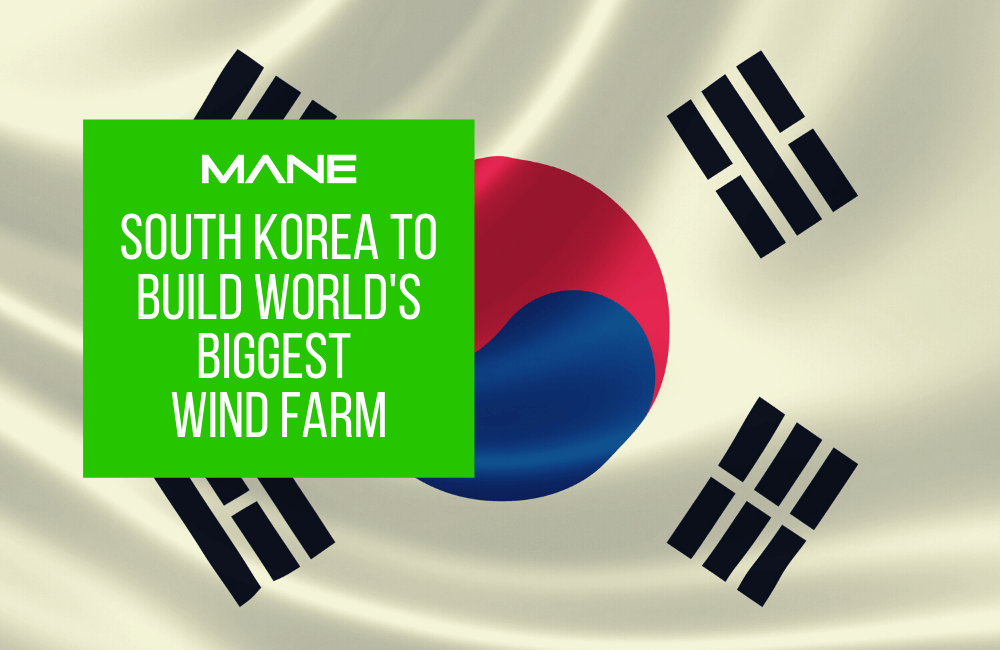 South Korea has announced plans to build the largest offshore wind farm in the world by 2030, with an energy output equal to six nuclear reactors.

The wind farm will be built off the coast of Sinan County in Southwest Korea, and President Moon said large offshore wind manufacturing complexes would be built in Sinam and Yeongam to support the project. The city of Mokpo will be the distribution centre for the energy generated.

This follows the president’s pledge in July 2020 to expand the offshore wind capacity of South Korea from 124 MW to 12 GW by 2030 as part of the country’s efforts to reach net zero by 2050.

South Korea’s growing commitment to energy transition has made it an investment hotspot for global companies like Shell, Equinor and Total, which have all bought stakes in South Korean offshore wind projects, particularly on the south-west coast. The nearby infrastructure of the Donghae gas field, which could help reduce capital investment, may be part of the attraction, according to Rystad analysts.

Some analysts question South Korea’s ability to succeed in its ambitious plans, citing a weak track record in renewables, a monopoly by utility company Kepco, and uncertainty around who will supply the turbines for the mega-wind farm.

However, Rystad is more bullish and expects the nation to hit its 12GW goal by 2030, with floating offshore wind farms tipped for particularly strong growth. Although bottom fixed farms are set to dominate the early stages, difficult sea-bed terrain means there’s not much room at the bottom, and floating farms, which are more capital-intensive, will be needed as capacity expands.

To further illustrate the potential of offshore wind, Rystad predicts that global capacity will soar by 37% in 2021 to a total of 31.9GW worldwide.