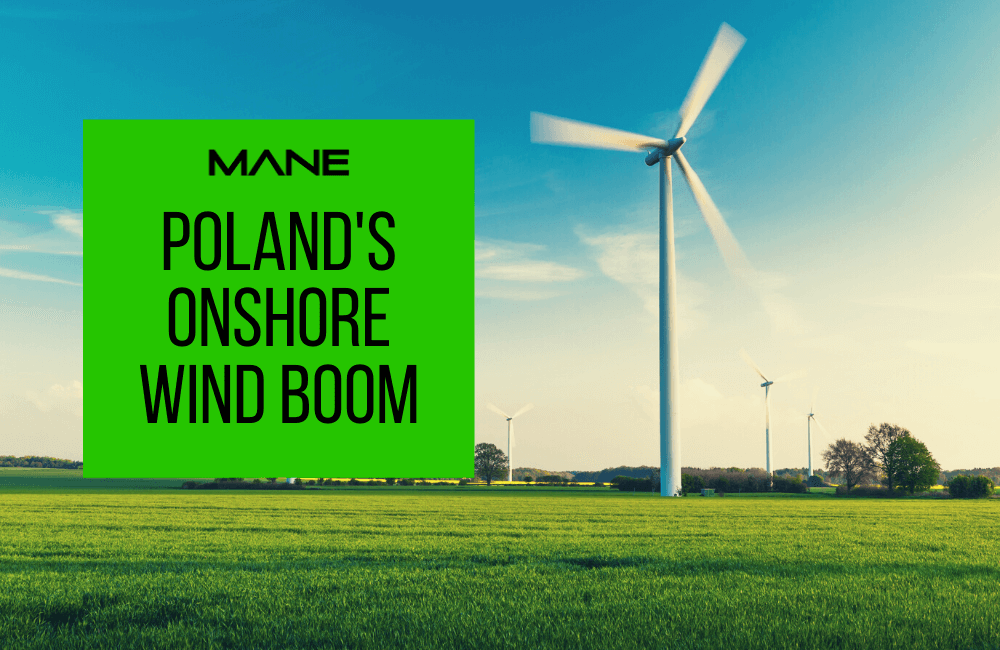 Onshore wind has been going from strength to strength in Poland in the past year.

Poland was already leading the European pack in onshore wind at the end of 2019 following several major auctions in December, including the largest dedicated onshore wind auction ever held in Europe, with a volume of 2.2GW under the hammer. The average bid was €49/MWh, lower than Poland’s wholesale electricity price.

This 2.2GW of new projects came in addition to 5.9GW of onshore wind farms already up and running.

However, the winning projects were only successful because they had all received permits before 2016, meaning they could dodge limiting legislation that stymied the further growth of onshore wind in Poland. The Distance Act required all new onshore wind projects to be built at least 10 times blade tip height from residential buildings and protected areas.

Light appeared on the horizon at the beginning of 2020, when the Polish government announced it would amend the Distance Act from 1 January 2021. As of February, deliberations on the new minimum distance have still not been finalised, but a surge of investment is rising in anticipation.

Polish coal-based energy giant PGE has announced plans to develop 1GW of onshore wind capacity by 2030 in a bid to reach net-zero carbon by 2050.

ABO Wind plans to start work next year on its first onshore wind farm in Poland next year, a development of almost 20MW located near Wroclaw.

The European Bank for Reconstruction and Development (EBRD) is lending €39m to finance two new Polish onshore wind farms with a capacity of 59MW between them.

And the Polish government is doing some investment of its own, with state-owned energy company Orlen buying a 20 MW onshore wind farm in northwest Poland from foreign investment funds Mashav Energia and Stage Capital.