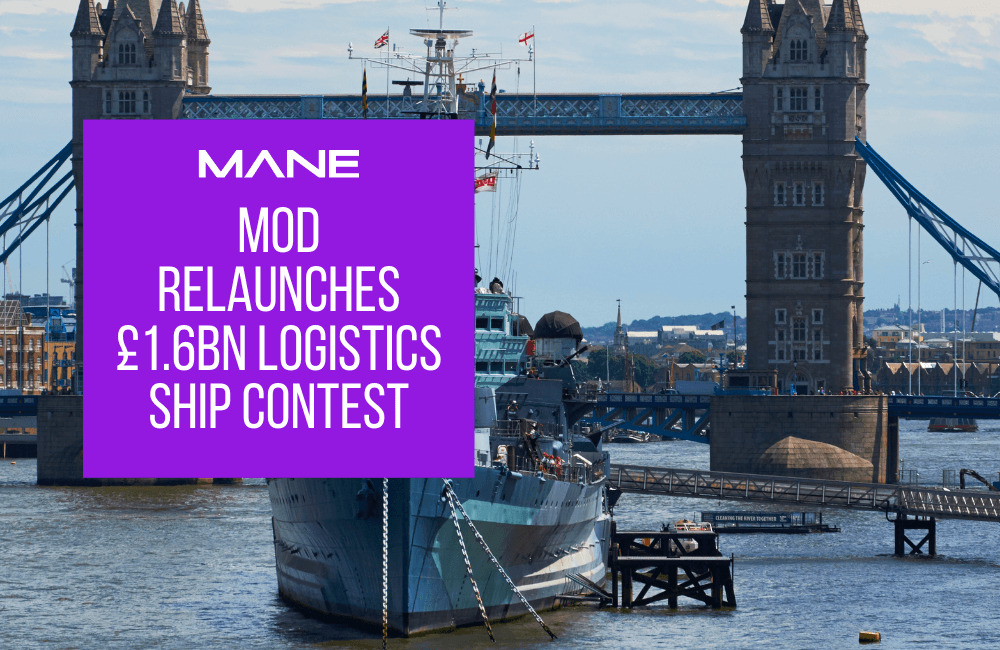 The Ministry of Defence has relaunched a £1.6 billion competition to build three logistics vessels to support Royal Navy ships.

The MoD issued a contract notice to invite companies to register their interest in bidding for the contract, which should be awarded within two years.

The ships, known as fleet solid support vessels, are destined to replace older Fort-class logistics vessels. Their construction has been the subject of a long-standing row between politicians and unions over the involvement of international shipyards versus domestic industry.

At one point, the government claimed the ships were not warships and therefore had to be constructed under international rules that forbade awarding the whole of the work to British industry.

An international competition was launched, leading to controversy but no contract award. The MoD abandoned the contest in late 2019, claiming that no value-for-money bid had been generated.

The competition has now been relaunched. As the government committed to revitalising the UK shipbuilding industry, ministers indicated late last year that the logistics ships could be built under a revised procurement policy, requiring a “significant” proportion of construction to be done locally and any international teams to be UK-led.

Team Resolute is expected to bid for the contract, as is a UK team of BAE Systems, Babcock International and Rolls-Royce.

The MoD has not clarified the size of the “significant” portion of work to be allocated to British companies, but has said it expects to award the contract to a UK company, either alone or in a consortium. The winning bidder could partner with international companies, but would have to integrate the ships in a British shipyard.

One anonymous industry executive expressed concern that the MoD might be keeping its international options open via “weasel words”, with a worst-case scenario seeing the hull being built abroad – and only fitted out in the UK.