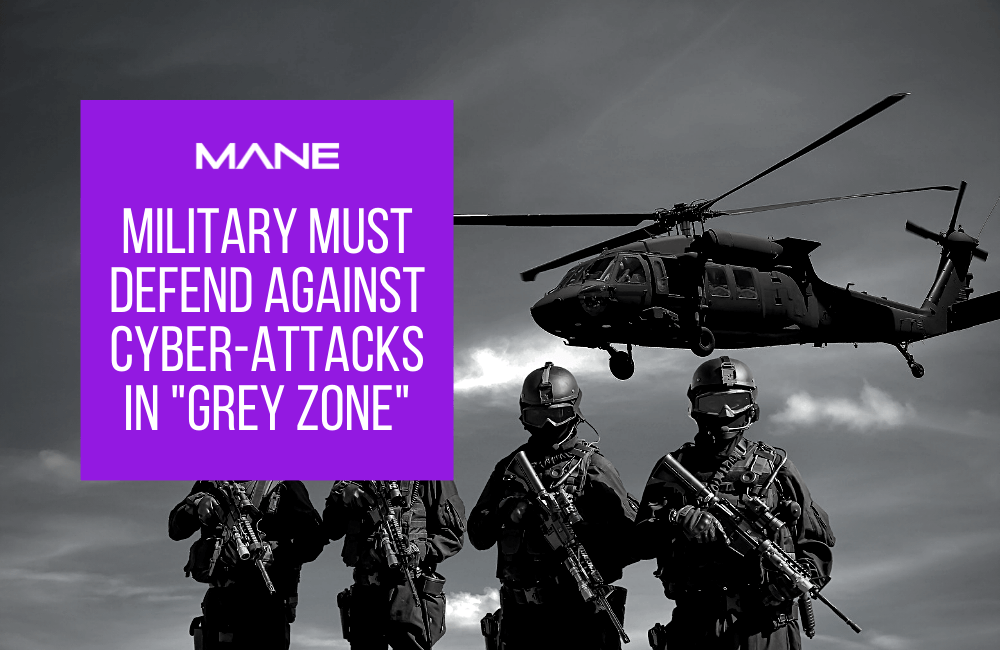 Military must defend against cyber-attacks in “grey zone”

Britain's military needs to be more "nimble, more forward-deployed", says Defence Secretary Ben Wallace, in a speech describing his vision for the future of the armed forces.

Warning that we should prepare for “persistent global engagement and constant campaigning", he admitted that nations hostile to Britain, including China and Russia, had adapted faster to modern warfare and had studied the UK’s vulnerabilities.

Wallace added that "the static concept of war versus peace no longer applies… Our values and interests are being challenged in the grey zone all over the world."

This "grey zone" is an area in which Russia has recently specialised: hybrid warfare focused on using disinformation campaigns to sow confusion and division.

Wallace was speaking from HMS Tamar, the newest Royal Navy warship, moored on the Thames, at an event where the Ministry Of Defence revealed its vision for Britain’s Integrated Defence and Security Review, an examination of Britain’s security strategy, military framework and foreign policy.

The review, due to be published this month, is seen as the most important since the Cold War, given the increasing threats from Russia and China, extending to new arenas including space.

Sir Nick Carter, the Chief of the Defence Staff General, also spoke at the event. He asserted that the military needs a "digital backbone", but denied reports that tanks could be scrapped in favour of cyber armaments, saying violence and close combat would always be part of the reality of war.

However, finding the budget for both traditional and cyber Defence could be a challenge for the MOD given the huge drain on Treasury funds caused by COVID.

Pledging to avoid the mistakes of past “over-ambitious or underfunded” reviews, Wallace outlined a plan to reshape the armed forces for tomorrow’s battles by putting “speed, readiness and resilience” before “mass and mobilisation”, and focusing especially on the newest battlefields: cyber, space, and sub-sea.

This comes as the UK’s world-leading National Cyber Security Centre (NCSC), set up by the government in 2016, welcomes new CEO Lindy Cameron, who brings with her more than two decades’ experience serving the government in crisis management and national security policy.

The NCSC has responded to a record 723 of the UK’s most serious cyber-attacks this year, including protecting COVID vaccine research organisations and NHS trusts, as well as defending home workers with a suspicious email reporting service that led to the takedown of nearly 10,000 malicious websites, and protecting democracy by helping the Commons and Lords transition to virtual democracy and vote safely.

"Absolutely all of us have a role to play," says Cameron.