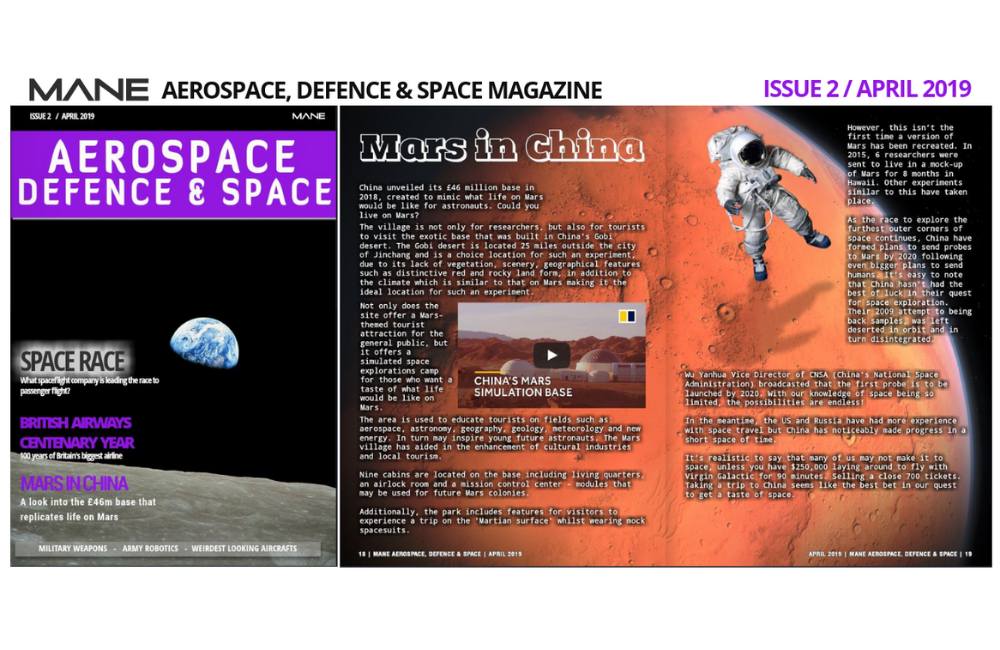 We look into the space race between Virgin Galactic, SpaceX and Blue Origin, military weapons and the new funding Army robotic projects have received. Not only this, we speak to one of our own Aerospace recruiters Michael about what he is up to at the moment, we look into British Airway’s centenary year and reflect on some of the weirdest looking aircraft ever built.

All this and more in Issue 2 of Aerospace, Defence & Space! Click here to open.

Flying High
Our very own Recruitment Consultant for our Aerospace, Defence & Space division shares how his first year has been at Mane. Since Michael has joined Mane he has gone from strength to strength. We speak to him about his current work with MRO and discuss what he’s looking forward to in the coming months.

Working Hand in Hand with the Armed Forces
We take a look at the work we are currently doing to support those we serve or have served in the Armed Forces. We discuss the extra steps that all of us at Mane are taking to ensure all Armed Forces know that when looking for a new job they will be treated equally and with respect.

Space Race
We take a look into the billionaire Space Race to see what out of the three spaceflight companies has made the most progress in becoming the first to secure passenger flight into space. With all companies working extremely hard to put humans in space, it’s a close call between Virgin Galactic, SpaceX and Blue Origin.

Mars in China
In 2018, China unveiled its £46million base which is meant to replicate what life on Mars would be like for astronauts. We take a look at what the base is like, why it’s attracting tourism and evidently why China decided to create ‘Mars in China’.