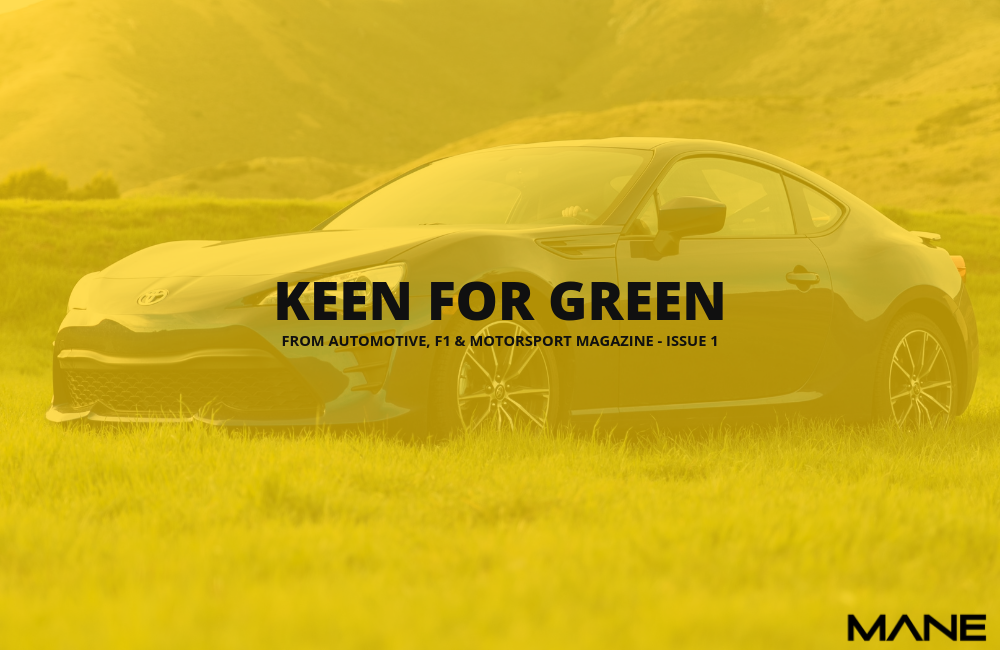 The world is going greener. Aware of the longstanding and current effects of global warming, alternative energy is a massive market and key polluters are being looked at.

One of those is everyday cars, and whilst cars are a part of most people’s everyday lives, technology is advancing and alternatives are now becoming more viable. It hasn’t just been a recent thing to look into petrol alternatives, as going as far back as the early 1900s, manufacturers, engineers and inventors have searched for different ways to power vehicles.

Nowadays – the market is slowly building up with a plethora or cars that are less heavy on fuel, improved efficiencies and bold new designs – designed to ignite a Green revolution in the automotive industry as well as most importantly, to consumers.

The industry has been leaning towards these kind of cars more over time, but technologies such as hybrid technology, EV and hydrogen powered vehicles have given the automotive trade a brighter future and exciting possibilities in which to go.

Hybrid technology might be the one to have been commercially available the longest time. Toyota heavily invested in this technology and released their infamous and appropriately named Prius - translating from Latin ‘to go before’.

Originally released by Toyota in late 1997, it was the first mass produced petrol-electric hybrid vehicle. Whilst it might be seen as the first hybrid vehicle, the original concept dates back to the turn of the 19th century. Toyota were just the first car manufacturer to overcome  the numerous technical and engineering issues necessary to bring this powertrain into mass production.

From the release of the Toyota Prius, other major manufacturers jumped on the hybrid bandwagon. BMW’s i8 is a hybrid super car, with other popular brands such as MINI, Lexus, Hyundai and more gradually creeping on to the roads with everyday popular vehicles. Through all of this – the Toyota Prius has remained ubiquitous in the hybrid car market.

EV (Electric Vehicles) have slowly been on the rise. Electric cars take up 2% of all new car sales in the UK according to national statistics from 2017.  The increase in electric charging points for cars in public places has increased the electric car movement, with charging points available from car parks, service stations and popular town centre spots as well as government contributed funding in the UK to have one installed at homes for those who own an electric car.

Popular models include the BMW i3 which is available in a few models, Nissan’s Leaf and Renault’s Zoe are also some of the more affordable electric cars with many other electric cars coming up on the market. Volkswagen has also invested heavily in electric cars stating all of their models would be electric in the coming years as it is the way to go forward. The VW Up and Golf have had the ‘e’ treatment having electric versions of themselves be released to the public with others set to be unveiled in the near future.

One car manufacturer that has become synonymous with electric cars are the Elon Musk owned super brand, Tesla.

Tesla specialize in electric vehicles with their Model S car being the world’s highest selling electric car in 2015 and 2016, despite

its hefty price tag. Over 200,000 have been sold worldwide. Their portfolio now includes other models such as the Model X which is a crossover SUV and the Model 3, with Model Y tipped to be their next release.

Where Tesla differ from traditional manufacturers is they operate as an OEM, producing powertrain components for others in the automotive trade. Partnerships with well established Daimler and Toyota mean cars such as the Mercedes A and B Class, Toyota RAV4 as well as Smart Cars boasting electric powertrain features use Tesla components.

Hydrogen cars are a fairly new technology which is expanding in the shadows of the aforementioned hybrid and EV technology. A further look at Hydrogen technology can be seen on the next page.

Renewable energy alternatives and technological advancements have lead to the new wave of ‘green’ cars being seen as an everyday car, and less of a gimmick as the consensus may have been before. Drivers may have felt that special permutations had to be ad held to in order to operate a car not using the traditional petrol system.

Greener technologies on the rise and a spotlight on the benefits to the environment, as well as the consumers,  means going forward – the grass really could be greener on the other side, and hopefully, on all sides.