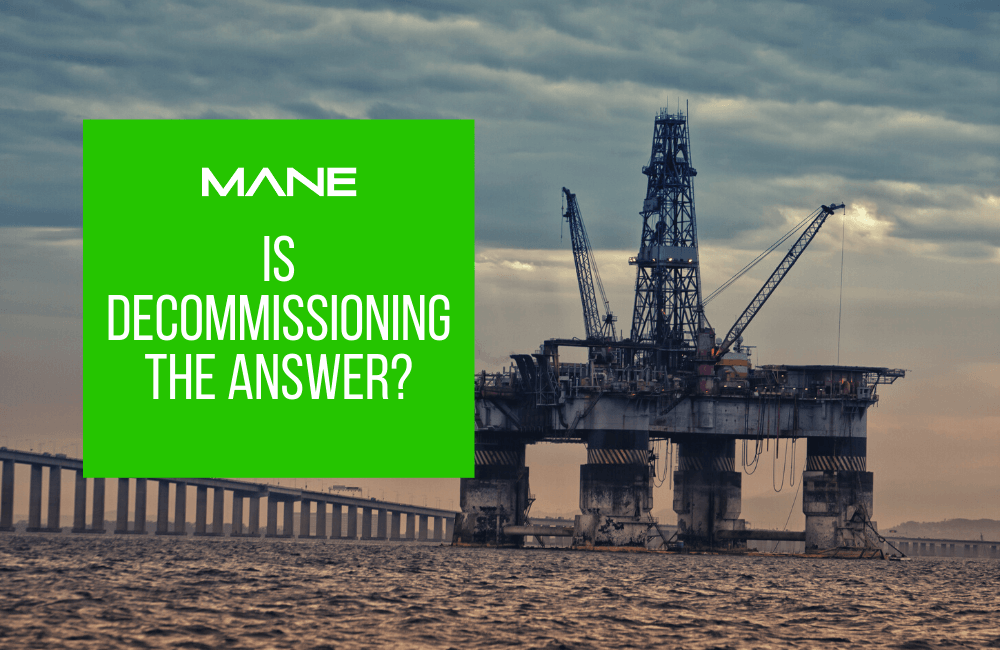 Is Decommissioning the Answer?

The phasing-out of fossil fuels has revealed an unpleasant truth. Decommissioning gas and oil platforms poses a massive challenge – because when they were installed, nobody planned ahead for their removal. We can’t afford to make the same mistake with wind farms.

The lifespan of a wind turbine is just 20 years, and 30% of Europe’s turbines have already passed their 15th birthday. The decommissioning of large numbers of turbines will soon become unavoidable.

The OSPAR Convention requires decommissioning to leave a clear seabed behind, and the International Maritime Organisation advises that man-made structures should only be built at sea if they can be removed. Yet there’s no readily available technology that can safely and sustainably remove oil and gas platforms – or wind turbines, if they’re sitting on large diameter monopiles, like many of those currently being installed.

The Energy Act (2004) requires offshore renewable energy installations to have a decommissioning programme (DP) in place at the development stage, but DPs can often be vague, based on hopes that technology will have evolved by the time decommissioning happens. This is storing up sustainability issues for the future.

A 2019 study in the Journal of Physics gathered knowledge from the few wind farms that have already been decommissioned, and found that wind farm decommissioning faced high uncertainty because of the complex offshore environment, variability between projects, and lack of experience.

The study identified four main challenges to decommissioning: the lack of specific regulations to guide planning; weaknesses in the planning process, including failure to factor in potential modifications to the wind farm or to estimate costs accurately; a shortage of vessels to carry out decommissioning; and the environmental impacts.

The wind industry must learn from the oil and gas industry and create wind farms that are designed from the planning stages for reuse and recycling, as the need for a circular economy is becoming clear. Both legislators and investors expect sustainable decommissioning.

The reuse of decommissioned wind farm components is already established in Eastern Europe. However, as more wind farms, oil and gas platforms are decommissioned and more recycled materials enter the market, the number of yards able to manage them will be limited and the value of these materials will fall.

A Decom North Sea (DNS) study found that while recycling steel from oil and gas was better than disposing of it, it still had a high energy demand and little economic benefit to the UK, thanks to a lack of UK steel mills. However, the study made it clear that collaboration across the industry was needed to encourage effective reuse and recycling.

And researchers from the University of Kent have found that while planning for recycling might not be lucrative, failure to plan could be incredibly costly. They estimate that 1,600 of the UK’s wind turbines will need decommissioning by 2030 – 300 of these by 2025.

The researchers have warned that this could impact the government’s plan to install 40GW of offshore wind by 2030. Maintaining outdated turbines costs many times more than installing new ones. The government is so focused on installing new turbines, rather than planning for the removal of old ones, that it could be caught unawares by the financial and time costs.

The study found there was no breakdown of the possible costs of decommissioning and no alternative decommissioning plan. The researchers have called for urgent action to prevent huge costs, safety lapses, and the loss of skills needed for safe decommissioning.

With many of the engineers who installed the oldest turbines now retiring, their knowledge of the installations is about to be lost. The research team underlined the importance of creating a database to preserve their skills and techniques.

Lead researcher Mahmoud Shafiee warned that without dedicated efforts from the Government and the renewable energy sector to plan for safe, efficient decommissioning, the sector risked facing an “enormous and potentially unsalvageable cost”.