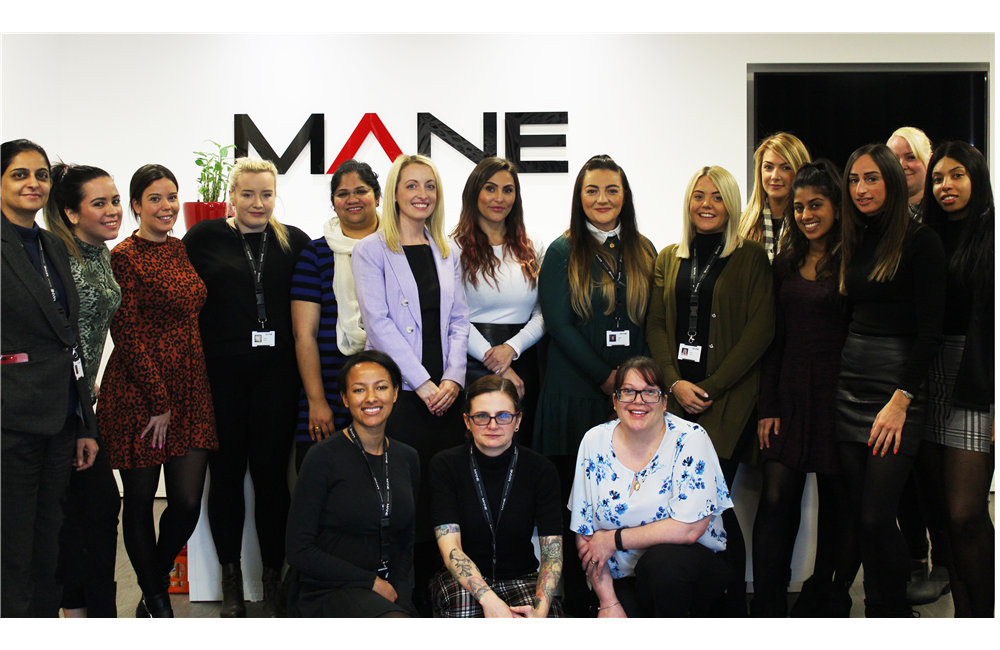 "I have spent my career working in predominantly male environments, first the police service and now recruitment. Both have changed dramatically in respect to how women are perceived and treated in the workplace and we see more women achieving and being recognised, as it should be.

I am a big believer in positive discrimination, but only in the sense that it opens people’s minds to actively speak to, recruit and hire more women. Not to simply hire because I am a woman, or because it ticks a box, but to hire and promote on skills, behaviour, and ability; not gender. Sweeping statement I know, however, I don’t think many women would want to be hired just because they are a woman.

“To me, equality means erasing stereotypes. I work on the Automotive, F1 and Motorsport team which isn’t classed as a ‘stereotypical’ industry for a girl. But who makes the rules on what is and isn’t stereotypical? I started in the Mane Academy and straight away I knew I wanted to work with cars. I live and breathe my industry, both my clients and candidates know I can deliver. More women have been getting involved in the industry and it’s been great to see. With the success I’ve had in automotive, I believe I’ve broken all stereotypes and applaud women who are doing the same.”

“Being taken seriously is an important part of equality. I’ve worked at Mane for over a year and during that year I have felt nothing but appreciation and respect. My ideas are heard and I know I’m valued just as much as the next male recruiter. Despite this being my experience, there is a large discrepancy in the number of women applying for any Aerospace, Defence & Space jobs. I’d like to see more women out there applying for these roles as it’s not about gender, it’s about talent. That’s how we see it at Mane and that’s how other people/companies should see it.”

“Equality means inclusion. I’ve worked in the Rail industry as a recruiter at Mane for years and have worked my way up to being a Senior Consultant. However, my fortune isn’t shared with many. Ever heard of the glass ceiling? I don’t feel that at Mane but I know a lot of women out there do. I’m able to progress in an industry that has been classed as male lead, but I’m here showing that it doesn’t need to be. I’m able to earn just as much or even more than my peers and am invited onto rail sites where I’m the only female. If there’s a woman out there thinking about getting into rail, I would say go for it. Being a woman in an industry like rail, in my opinion, gives you an advantage.”

We’ve come so far from when women activists chose to take a stand and fight for women’s rights, yet there is still so much that needs to be done to close the gender gap. It’s said that it will take 202 years.

Under 35% of 17 to 21-year-old girls believe women have an equal chance at a career as successful as a man’s, whilst this figure is at 86% of girls aged 7 to 10.  It’s no wonder then that 65% of women say being overlooked for management roles is due to lack of confidence. This lack of confidence is being passed down to children before they’ve even had a chance at starting a career. It’s important to uplift women in the workplace and praise the amazing work they do.

Both genders should be encouraged to take part in STEM subjects. The number of women in engineering roles doubled in the last ten years to 50,000. But this is still woefully short of the number for men.

You don’t need to partake in a STEM subject to get into the industry. There are many apprenticeships, trainee programmes or even work experience that could lead you to your next career move within such an exciting industry.

Joining a male-dominated industry can be unnerving and yet so rewarding. We support international women’s day and we hope the theme #Equalforequal is incorporated in every part of our everyday lives in order to one day achieve a gender-balanced world.