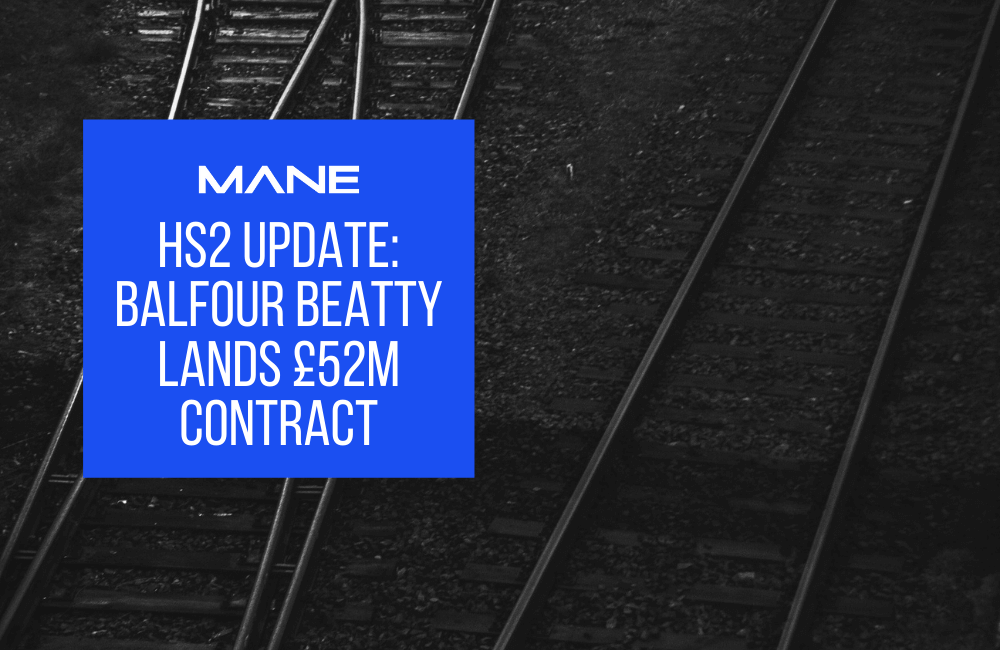 Balfour Beatty has won the £52m early environmental works contract for phase 2a of HS2. The contract is the first to be signed for phase 2a, which covers the route between Birmingham and Crewe, since the government approved it in February.

The contract will include creating new woods and wetlands to help mitigate the project’s impact on the environment.

Phase 2a’s delivery director, Colette Carroll, said the signing of the contract showed that the HS2 project was bringing its benefits to the North sooner than planned.

Mark Bullock, CEO of Balfour Beatty UK Construction Services, said the deal would build on the company’s ‘Building New Futures’ strategy, which aims to leave a positive legacy in communities, and “build a better, greener future for everyone” both through environmental protection and through creating local jobs.

Balfour Beatty already had its name on a £25m-£30m contract for ground investigation for phase 2 as early as last November. . It’s now beaten out the 13 other firms in the government’s Construction Works and Associated Services framework, including Kier and Interserve, to win a separate early works package.

Phase 2a of HS2 will extend the rail line north from the end of Phase 1 in Fradley, near Birmingham, to Crewe in Cheshire. At Crewe, it will join up with existing lines to create direct routes to Liverpool, Manchester, Glasgow, North Wales and more.

The construction of Phase 2a will support 5,000 jobs and will include 65 bridges, 36 embankments, 26 cuttings, 17 viaducts, two tunnels and one maintenance base. When finished, it will cut the journey time from London Euston to Crewe down from 90 to 56 minutes.

Carrying six non-stop high-speed services per hour, it’ll free up the West Coast Mainline between Lichfield and Crewe to lay on twice as many stopping services to smaller stations en route, as well as more services to Liverpool, North Wales and London.

Phase 2a will also include a massive environmental mitigation scheme, planting 78 hectares of native broadleaf trees, clearing 13.5 hectares of existing woodland of invasive species like Japanese knotweed and rhododendron, and thinning overly dense areas of trees to promote growth and species diversity.

After Phase 2a, the next stop will be Phase 2b, a Y-shaped line with a western leg from Crewe to Manchester and an eastern leg from the West Midlands to Leeds, with services travelling onwards from there to stations further north.