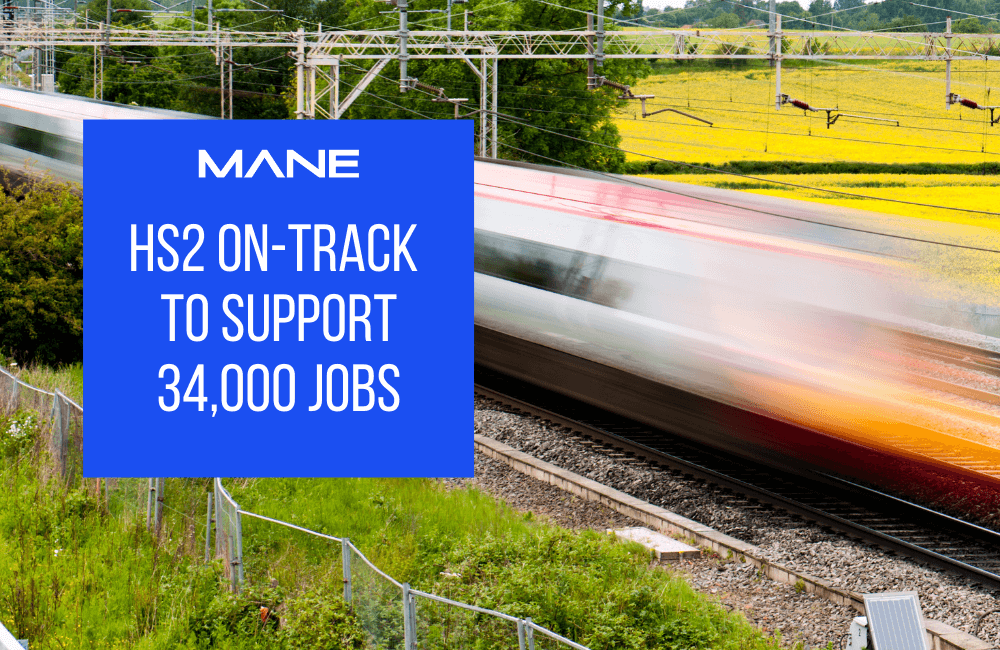 The construction of Britain’s high-speed railway HS2 will support even more jobs than previously forecast – up to 34,000, according to a new report.

The railway has already created 4,000 more jobs than expected, and the West Midlands to Crewe phase alone (Phase 2a) is expected to support another 6,500 – 1,500 more than initially predicted.

HS2 Minister Andrew Stephenson, unveiling a new plaque at Crewe station on the 24th of August, said he welcomed the boost in employment as part of the Government’s Plan for Jobs, which aims to reduce unemployment in the North of England.

The report has called attention to HS2’s vital role in getting unemployed people and young jobseekers into work post-Covid. Phases One and 2a of the railway will support around 26,500 jobs a year until 2025-26.

Kate Myers, HS2’s Head of Skills, Employment and Education, has pledged to leave a “lasting skills legacy” by investing in young people and upskilling communities along HS2’s route.

HS2 is already supporting over 16,000 jobs in over 2,000 businesses, 70% of which are small to medium enterprises and 97% of which are UK-based. Andrew Stephenson said this economic boost would help Britain “build back better” after the pandemic.

“HS2 represents the sort of step change that only comes along once in a generation,” said Philip Cox, CEO of the Cheshire and Warrington Local Enterprise Partnership. “It will have a transformational impact.”