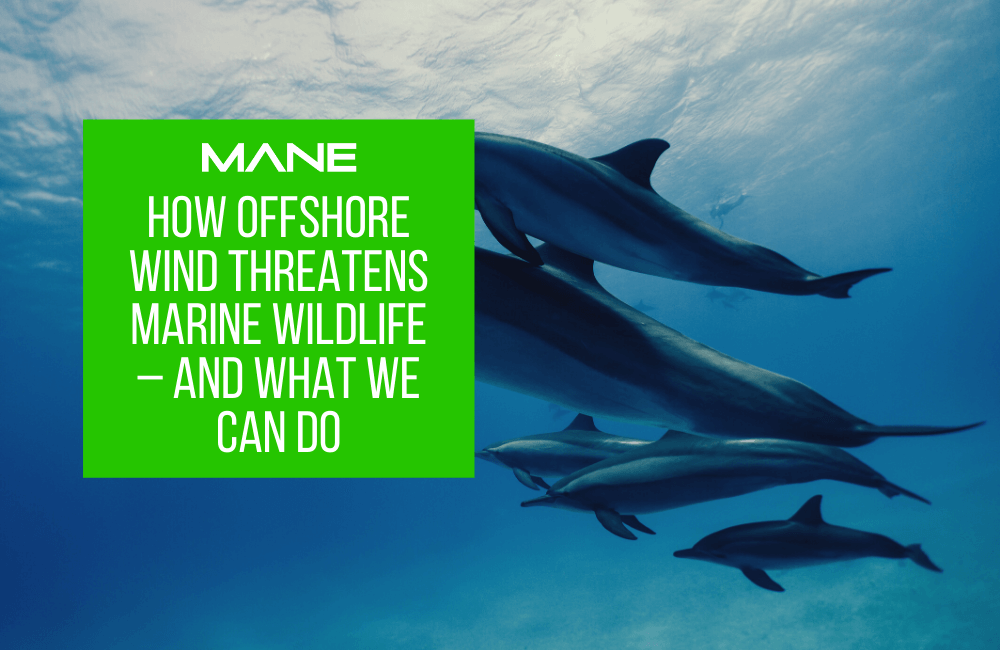 How offshore wind threatens marine wildlife – and what we can do

The recent documentary Seaspiracy has opened many people’s eyes to the devastating impact of human activities on marine wildlife. And despite being a “green” energy source, the reality is that offshore wind is one of the culprits.

The RSPB warned the House of Lords Environment Committee last month that the North Sea is facing an “irreversible loss of wildlife”, with species suffering from the loss of habitats and food in every area and at every level of the food chain, partly thanks to offshore wind farms. Sea beds are littered with cables from energy infrastructure, damaging sandeel populations that feed many birds and fish. Wind farms may also soon present an impassable barrier for migrating birds.

The committee responded by sending a letter urging environment secretary George Eustice and business secretary Kwasi Kwarteng to fund more research into the impact of wind farms on marine life, saying “more must be done” and expressing disappointment that the recent Environment Bill failed to address these issues.

In Scotland, MPs have joined widespread calls for the British government to update regulations to stop offshore wind farm developers disposing of the unexploded bombs and mines they find at sea by detonating them in situ, harming dolphins, porpoises, whales, and other marine life.

And in Ireland, the Irish Wildlife Trust has warned that wind farms could be built in areas with important marine ecosystems because Irish law does not define marine protected areas (MPAs). The Trust has warned that Ireland could destroy its sea life if MPAs are not established. But hopes that MPAs could be enshrined in the new National Marine Planning Framework were dashed after officials said there was not enough time to finalise the decisions.

Over 40 fishermen from Dublin Bay have protested at the marine surveys conducted by offshore wind farms, which are destroying sea life in the area. Although wind farms are legally obliged to engage with the fishermen, they say that isn’t happening. Fisherman Paddy Macaulay said one survey in 2011 "destroyed everything on the seabed" for two and a half years – and with it fishermen’s livelihoods.

This touches on another facet of marine destruction. Sea-based industries contribute $1.5 trillion a year to the global economy and create hundreds of millions of jobs. These are threatened by the overexploitation of marine resources. This year’s Global Risk Report from the World Economic Forum identified human environmental damage and biodiversity loss as two of the greatest risks to marine economy.

So what can be done? Innovative solutions are already being suggested. The “Rigs to Reefs” project in the Gulf of Mexico is repurposing old oil rigs and gas platforms to create artificial reefs on which corals can thrive. Each one provides a home for about 13,000 fish.

And closer to home, the “Rich North Sea” pilot project is using artificial reefs and oysters to restore natural underwater features around wind farms, with the goal of turning them into nurseries for marine wildlife.

It must be hoped that ministers will respond to the call to fund more research and support more projects like these. The ultimate aim is for wildlife conservation and green energy generation to be not just mutually compatible, but mutually beneficial.