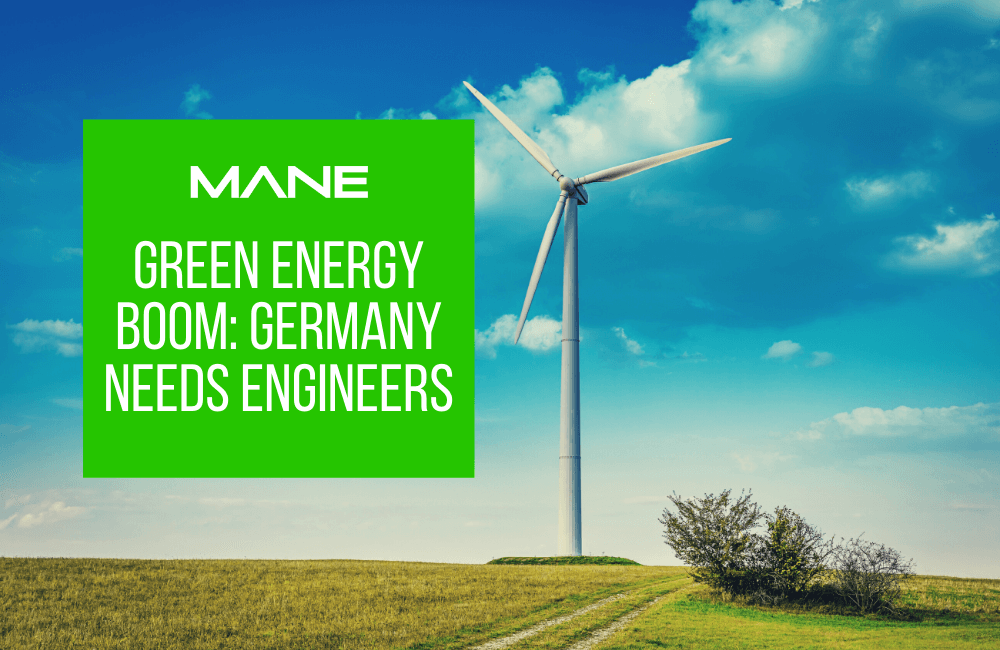 Germany’s ambitious green energy plans could take it to 100% renewable power by 2040 – which means a massive injection of overseas talent will be needed to fill a growing skills gap.

Read on to discover how Germany plans to stamp out fossil fuels in just 19 years, and what the opportunities could be for you.

“We can do it by 2040,” says German economy and energy minister Peter Altmaier. Of course, Germany’s current goal of 65% renewable power by 2030 will need to be achieved first – even though it’s not yet clear what Germany’s actual power demand will be in 2030. Many industry experts say the current goal of 580 TWh is much too low and fails to account for new developments like electric cars, electric heating, and the production of green hydrogen.

Altmaier says the government plans to reassess power demand and come up with a revised projection in the first half of 2021 but insists that 65% renewables or more is realistic by 2030.

EC plans to speed up renewable development could support this. In November 2020, the EC announced a new offshore strategy that sets Europe targets of 300GW of offshore wind power (a 25-fold increase) and 40GW of other marine renewable energies by 2050.

Germany has largely welcomed this, although Jörg-Andreas Krüger, head of Germany’s Nature and Biodiversity Conservation Union (NABU), argues that it fails at an important element of climate action: protecting marine ecosystems. To provide shelter for endangered species, he says, the plan would need to leave more zones with 50% unused space.

However, Kerstin Andreae of energy industry association BDEW says marine ecosystems could actually benefit from the lack of fishing and marine traffic around offshore wind farms.

Offshore wind is the star of the German renewables market. This mirrors a Europe-wide trend – wind power contributed a record 15% of Europe’s electricity in 2020, just behind hydro at 18%, but Germany generated more wind power than any other country in Europe.

Industry association leader Stefan Thimm says offshore wind could be Europe’s main electricity source by 2040, but that this will require international, not just national-level, planning.

Reasons for this include the limitations of Germany’s national grid and the rapidity of its withdrawal from coal-based power, especially as it also plans to stop generating nuclear energy by 2022. This could compromise the security of its power supply and leave it more dependent on neighbouring countries. Its surplus electricity exports fell by 46.2% in 2020.

It remains to be seen whether offshore wind can fill this gap in time, especially as Germany has four TSOs (transmission grid operators) that have to ensure regional network stability because of the difficulty of storing power and the volatility of renewables that rely on the weather. However, new equipment and infrastructure are being laid on to cope with the change.

All this comes on the brink of a new election. In autumn 2021, Germany chooses a new government and a successor for Chancellor Angela Merkel. This will be the government that guides Germany towards its net-zero target; it’s being called the “climate election”.

The conservative CDU party wants to axe guaranteed remunerations for renewable power projects, in order to bring down Germany’s high power prices and encourage power customers to embrace the costs of the energy transition.

Many commentators predict a coalition between the conservative CDU/CSU bloc and the Green party as the likely outcome.

The success of the green energy plans is threatened by a massive engineering skills gap, with far fewer new engineers graduating than there are new jobs being created. The shortfall is expected to hit 100,000 in the next few years, thanks to an ageing population and the rise of new technologies.

The fifth-largest economy in the world, Germany is a favourite destination for overseas workers. Engineering professions that are expected to have numerous vacancies in the next few years include:

Many of these roles can be found in the renewables market. Graduates in mathematics, information technology, natural sciences, and technology (MINT) will also be able to find roles in the growing green energy sector.

Thinking about moving into the renewables sector? Now, more than ever before is the right time.