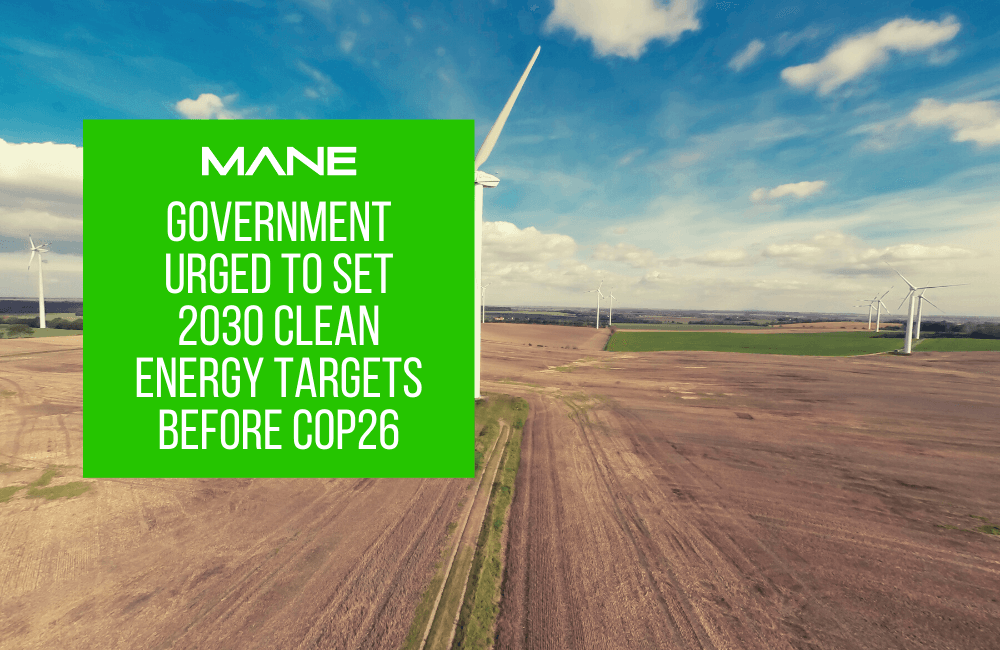 A new report by RenewableUK urges the Government to set specific 2030 targets for onshore and floating wind, marine energy and renewable hydrogen before the Glasgow COP26 United Nations summit on climate change in November.

The report explains the international significance of clarifying the UK’s clean energy targets before COP26. It underlines the UK’s potential to lead the world in renewable energy development – and the untapped financial opportunities this could bring

It recommends installing 30GW of onshore wind, enough to power nearly 20 million homes, by 2030. Onshore wind, which is key to decarbonisation worldwide, could support 31,000 UK jobs by 2035, and as the cheapest form of clean energy, it could also cut energy bills.

As most onshore wind products will be in Scotland and Wales, the report urges the Scottish and Welsh governments to set an example to the world by setting complimentary 2030 targets for onshore wind to support the 30GW goal. As well as installing new turbines, the report also calls for policies enabling developers to ‘repower’ older turbines.

For floating wind, the Government already has a target of 1GW by 2030, but the industry wants to build on our global lead in this area and make it 2GW. The faster we build, the faster costs will fall, and worldwide development and UK exports and jobs will grow.

The report adds that the UK is already ahead in the worldwide race to scale up renewable hydrogen production. It calls for a 5GW target for green hydrogen by 2030, which would help provide clean fuel for industries like shipping and heavy industry that are struggling to cut carbon.

For marine energy, in which the UK is also a world leader, the report calls for a 1GW target, which should cut the cost of this form of low-carbon energy to that of more mainstream forms like nuclear power. This would not only support UK jobs but also create a cost-competitive technology other countries would want.

The document underlines the need for the Government to work closely with industry to increase apprenticeships for young workers and retraining opportunities for fossil-fuel workers in the Just Transition to renewables. A new “Just Transition Strategy”, combining new Government funding with industry investment, would make sure that this transition is inclusive and creates opportunities in disadvantaged areas of the UK.

“We must ensure there are no gaps in our own ambitions,” said report author Nathan Bennett, RenewableUK’s Head of Public Affairs, “if we’re to set the agenda for the rest of the world.”