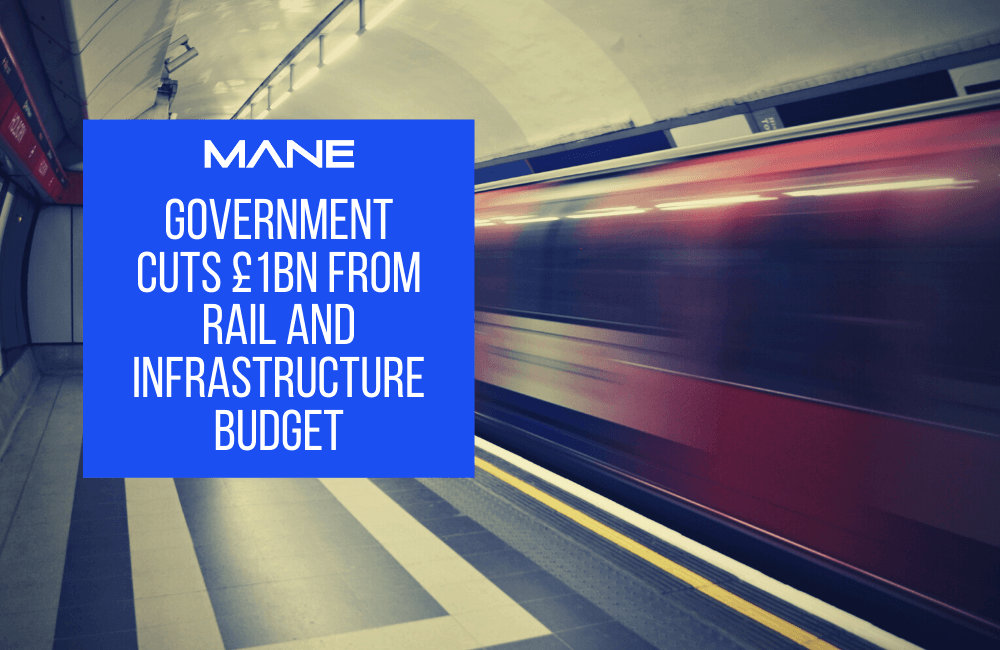 The UK government has announced a £1 billion cut to investments in rail infrastructure after its Spending Review.

The government has so far been speeding ahead with rail investments despite the pandemic, with record levels of investment promised and a “levelling up” budget of £10.4 billion set for 2019-24. However, COVID-related subsidies have forced it to put the brakes on.

After pouring over £3.5 billion into keeping trains running during lockdown despite plummeting passenger numbers, Chancellor Rishi Sunak has now cut the budget for infrastructure improvements from £10.4 billion to £9.4 billion.

This still leaves a sizeable chunk of funding for improvements, and demand for skilled workers to carry them out is expected to remain high. However, it does mean that some projects will have to be deprioritised until COVID is under control.

The government has advised the industry to focus on the "Northern Powerhouse" rail programme – designed to boost the economy of the North of England by creating efficient connections between key northern cities – and the restoration of thousands of miles of railway lines cut by Beeching in the 1960s. Safety improvements are also likely to remain a top priority.

Whilst the budget cuts only affect infrastructure improvements; the budget for day-to-day operations, repairs and replacements, and the running of stations is unaffected. It is also predicted by many that further spending on infrastructure will be increased by stealth, whilst the role of private sector investment may also be considered.

Although passenger numbers have begun to rise again, they have yet to reach 50% of pre-pandemic levels, so the government has pledged another 18 months of subsidies to keep trains running.

On the face of it, this could be seen as a backward step for the industry.  However, there are still plenty of opportunities; investment is still happening and work must be complete.  It also gives organisations the opportunity to start planning for when the investment returns.  Many were reporting skills shortages and therefore the opportunity exists to continue the initiatives to get skilled workers interested in joining the industry, whilst also encouraging people to retrain or current students to join the sector.