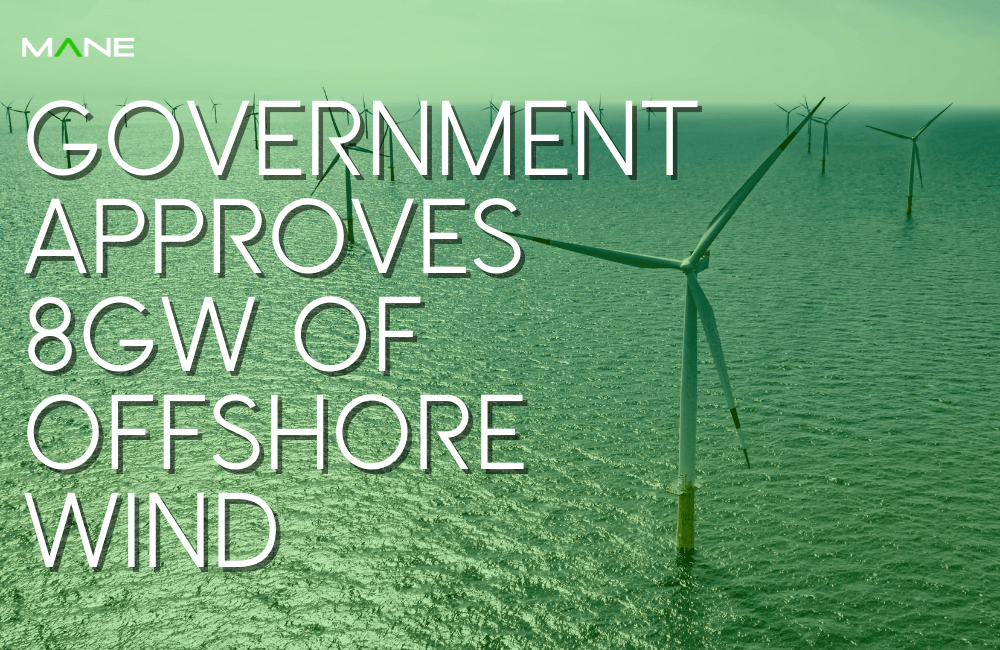 This week, plans for the UK to achieve its net zero and energy security commitments have received a boost as six fixed offshore wind projects have been approved by the Secretary of State for Business, Energy and Industrial Strategy. This would mean the potential to generate renewable electricity for more than 7 million homes could be actualised.

In April, following the completion of a Habitats Regulations Assessment (an assessment on the most valuable environmental habitats in the country), The Crown Estate gave notice to the government of its intent to process with the Offshore Wind Leasing Round 4 plan. The plan moves forward on the basis of ‘derogation’.

Since the first leasing round in 2001, The Crown Estate has supported the development of a world-class offshore wind market. The market has grown to become the largest source of renewable electricity in the country. Moreover, at the beginning of the month, The Crown Estate also announced plans to develop floating, not fixed, offshore wind farms located in the Celtic Sea. This initiative could bring up to 4GW of additional capacity.

Dan Labbad, CEO of The Crown Estate, released a statement following the announcement:

“Today is a pivotal moment on the UK’s journey towards net zero, strengthening the potential pipeline of future offshore wind projects and building vital resilience in domestic renewable energy supply.

“It is the result of a tremendous collective effort from industry, environmental and conservation stakeholders, governments, and technical experts who have helped shape a rigorous and evidence-led outcome. In convening this broad range of stakeholders, we have been able to take a more informed and strategic approach to environmental compensation than ever before, ensuring we balance our rich biodiversity with the urgent need to progress vital renewable infrastructure.

“As we continue to harness the benefits of UK offshore wind, we remain firmly committed to collaborating with these organisations to build knowledge and evidence to help us understand how the increasingly busy marine environment can continue to thrive and support the wide variety of ecosystems and industries which rely on it.”

“This month saw the price of offshore wind fall to record lows and today’s announcement will take us another step closer to increasing current levels of capacity almost five-fold by 2030.

“We are already a world leader in offshore wind and these new sites will help secure cleaner, more affordable, home-grown power for millions of households across the country, while reducing their reliance on costly fossil fuels.”