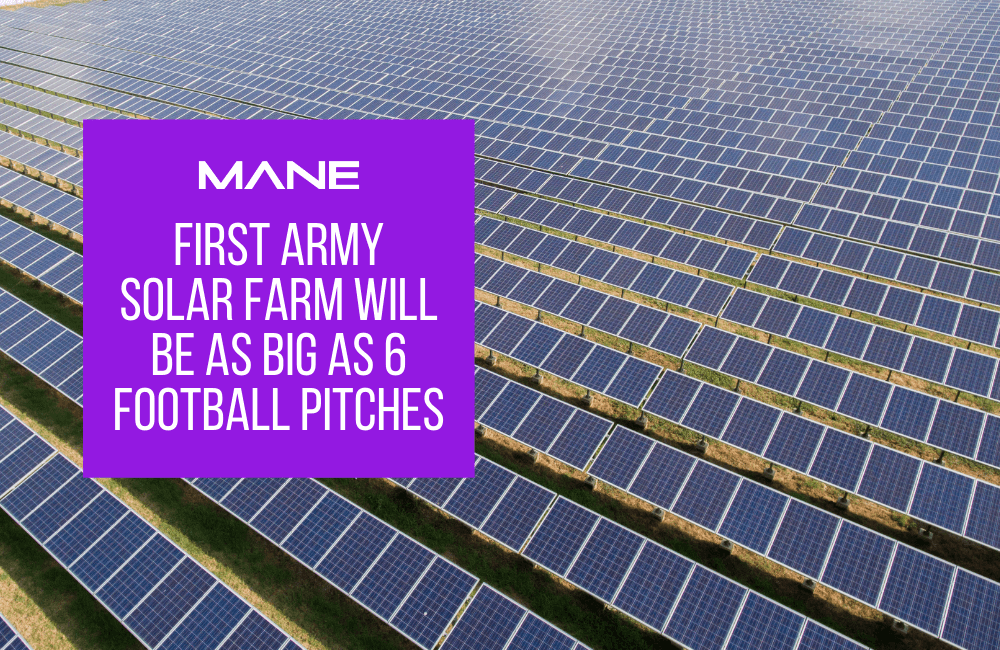 The Army has begun work on its first solar farm, part of Project PROMETHEUS, which aims to cut carbon and increase renewable power throughout the Defence Estate.

The project is expected to save £1 million by boosting energy efficiency. The savings will be reinvested to help the Army reach net zero by 2050.

The photovoltaic solar farm, which is being constructed at the Defence School of Transport in Leconfield, is just the first of four Army solar farms. It will cover as much land as six football pitches and be capable of producing a third of the school’s electricity. It will provide power for the soldiers’ accommodation, classrooms, gym and offices.

The school’s commandant, Colonel Chris Henson, said he was “delighted” it had been chosen as the first site for the solar farm project, and said that like the whole of Defence, the School of Transport was focussing on becoming more sustainable, although he acknowledged that it was still a long way from being carbon neutral.

Army’s Sustainability Champion, Major General David Southall, said the Army was “wholly committed” to helping the UK reach net zero by 2050, and was working hard to increase energy efficiency and green energy across its estate.

The four Project PROMETHEUS solar farms are just a pilot, and the Army intends to learn from them and “scale up fast” across its estate to help further decarbonise the power it uses, he added.

The next three farms will be at Rock Barracks in Suffolk, the Duke of Gloucester Barracks in Gloucestershire, and Baker Barracks on Thorney Island, Sussex. They are set to be operational by summer this year, and the plan is for 80 more solar farms to be built on the Army estate in the next seven years.

Jeremy Quin, the Defence Procurement Minister, hailed the project as an example of Defence’s recently announced “all-encompassing approach” to cutting carbon and increasing sustainability, and said the Army was showing its commitment to positive green initiatives.