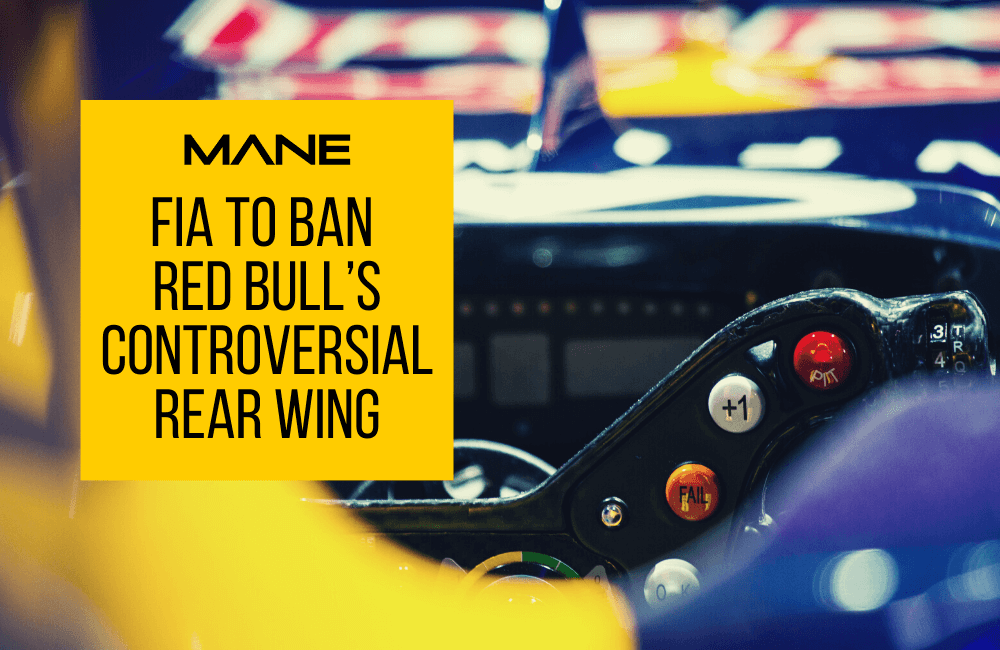 Formula 1’s official regulators are moving to set limits on precisely what kind of wings Red Bull (or anything else for that matter) can give you.

Controversy swirled when the energy drink company’s racing team debuted a slightly-flexible rear wing that drastically cut drag during the last Spanish Grand Prix. Now the FIA is moving to ban the design, which other drivers believe lent them a significant advantage.

Although the Red Bull car passed all the initial FIA tests meant to ensure a fair competition, the clips from its onboard cameras appeared to show the wing bending noticeably on straightaways.

Multiple teams are believed to be taking advantage of a possible loophole in the rules that lets the rear wing bend to create less drag and a faster top speed.

Article 3.9 of the new FIA F1 technical regulations, which came into force this year, sets out how much bodywork is allowed to flex under reasonable pressure and FIA tests.

It also gives the FIA the power to re-examine previously tested parts if any suspicion arises that the parts are moving while the car is in motion.

Starting with the French Grand Prix on June 21st, flexible rear wings will be explicitly outlawed in the 2021 rules, meaning teams will need to use new designs.

However, the controversial Red Bull design will remain on the car for the next three races in Monaco, Azerbaijan and Turkey, giving the Milton Keynes team time to develop a replacement part.

Championship leader Lewis Hamilton spotted the bendy wing during Saturday’s qualifying race in Barcelona and remarked on it during an interview with Sky Sports F1, saying Red Bull had” gained at least three tenths” from it.

But Christian Horner, Red Bull’s team principal, asserted that the FIA was happy with the wing design and that it had passed all the necessary tests. He expressed doubt that the criticism was really Hamilton’s opinion, implying that Mercedes boss Toto Wolff might be behind it.