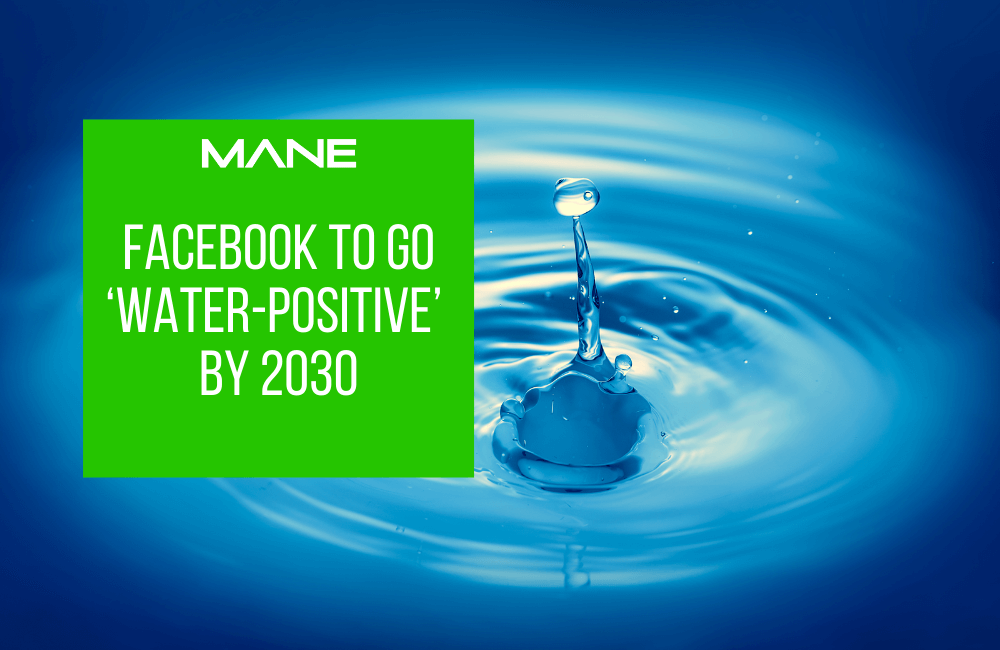 Facebook has committed to becoming a water-positive business by 2030. In other words, the social media giant pledges to restore more water than it uses in its operations worldwide.

The company has already invested in water restoration projects that are expected to replenish over 850 million gallons of water in water-stressed regions every year.

These projects include providing Navajo Nation families with drinking water, supplying river systems with fresh water in dry seasons, and upgrading agricultural irrigation infrastructure to cut down on the quantities of water being extracted from endangered water sources.

Facebook is also looking into ways to cut down its own water usage and has already applied some innovative technologies, including one that allows it to use outside air to cool the banks of computers in its data centres, making them 80% more water-efficient than the industry standard.

Data centres are huge consumers of water, with an average one consuming 3-5 million gallons per day – as much as a city of 30,000-50,000 people – so this one change already makes a massive contribution to the goal.

Facebook has released a statement in which it said that although the goal of becoming water positive by 2030 was a long-term one, the company was confident it could achieve both that and its equally ambitious goal to make its entire value chain net-zero by 2030.

“We believe commitments like these can make a meaningful contribution to the global race to build a more sustainable future,” it said.