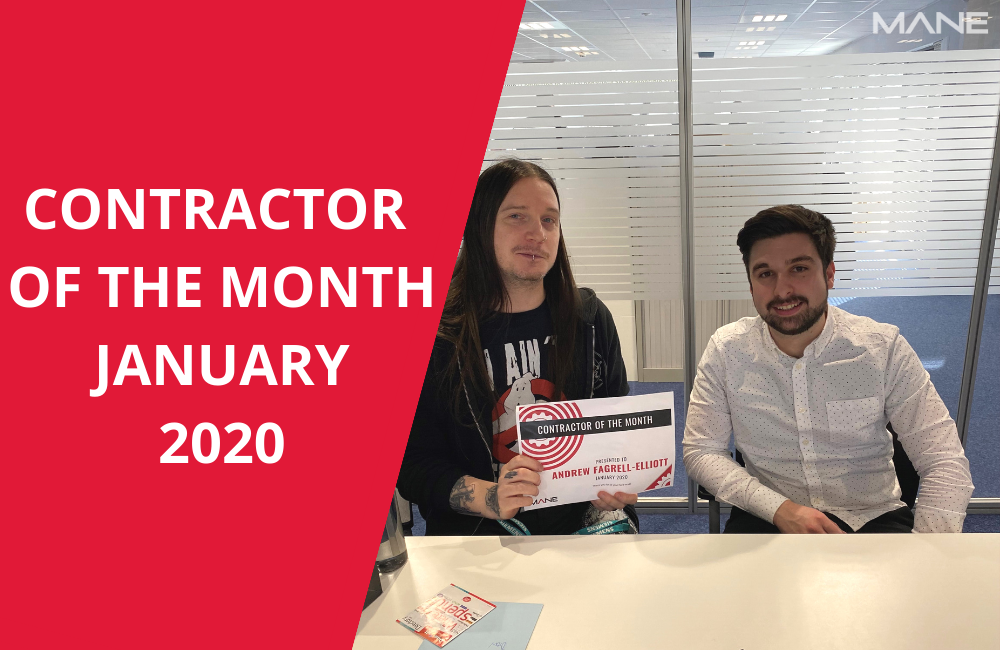 Contractor of the month January 2020

To start off the year we have our first Contractor of the Month winner - Andrew Fagrell-Elliott AKA  Drew.

Since starting his job, Drew has always been engaged, punctual and proactive with his delivery whenever he accomplishes a task. Drew has consecutively been one of the highest performers in his team, regularly logging the most engineer incidents, abort calls and actioning supplier driven requests.

Not only has he performed in such an astonishing manner but Drew’s skills set developed vastly since he started his new job. So much so his manager gave him the responsibility of overseeing team management whilst out of office.

Drew has received similar feedback from engineers and managers alike regarding his work ethic and demeanour. It’s one thing getting praise from a superior but also enriching when getting feedback from colleagues. His manager can see a bright future for Drew at the company.

Thank you Drew for being an amazing contractor. Please enjoy your £100 gift voucher delivered to you personally by our very own Francesca Wright.