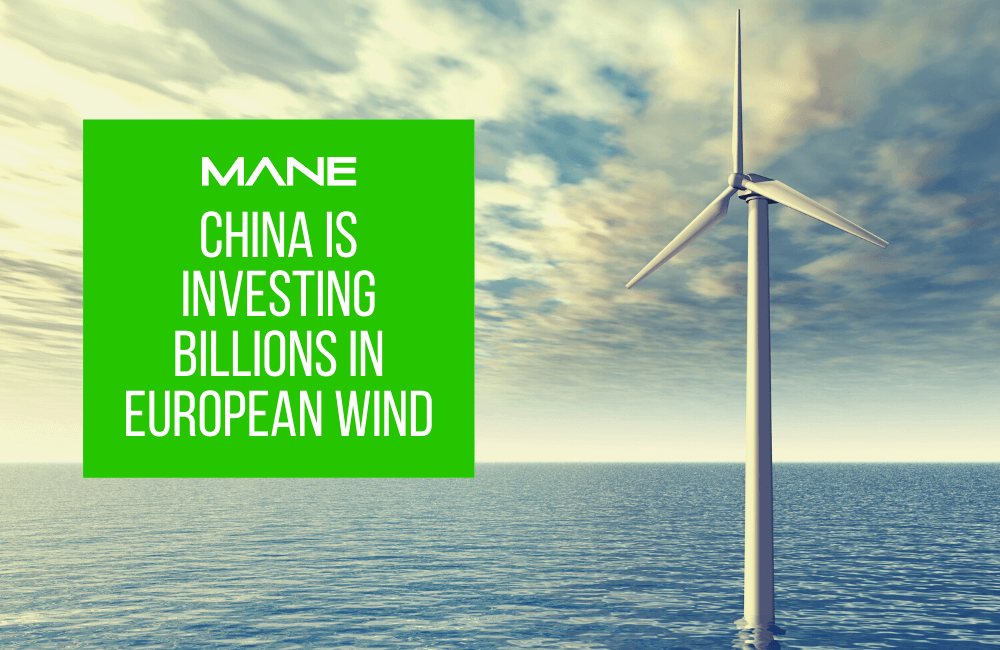 China’s investments in European wind power are approaching $7 billion as both private and state-owned Chinese businesses rush to take advantage of the fast-growing green energy market, says a report by the US Institute for Energy Economics and Financial Analysis (IEEFA).

The EU ($6.8 billion) and Australia ($5.1 billion) received the bulk of China’s wind investment between 2011 and 2017, according to the report, which says China has become a driver of Europe’s energy transformation.

Why is China investing in European wind?

China is looking to expand its global economic influence. Its Belt and Road Initiative (BRI), launched five years ago, increased renewable investments in other Asian countries, but 70% of its green energy investments are going beyond Asia. The country has become a leading global investor in renewable energy, also positioning itself to dominate the battery and electric vehicle market.

Chinese companies investing in Europe aim to diversify their foreign portfolios and increase their expertise in offshore wind. Their motivation is mainly market-seeking, looking to penetrate the European market rather than to gain strategic assets. However, some are also investing in R&D, production and operating facilities.

Benefits and challenges for Europe

Beyond the obvious benefit to the climate, European economies stand to gain from the influx of money and the creation of green jobs in Chinese-funded wind projects.

However, local companies may lose out to Chinese investors. A recent study by researchers in China, France and Italy shows that most Chinese wind companies prefer to pursue greenfield investments in the EU solo, rather than acquisition or partnering with a local company in a joint venture.

The research found that the reason for this was not animosity towards Europe but difficulties with policy issues, such as the cuts in consumption support in leading EU markets. Variations in national investment policy between EU countries, as well as the language barrier, are also factors.

However, the study also highlights that Chinese and EU green energy policies are converging, and that there is potential for European and Chinese wind companies to work together in the future.