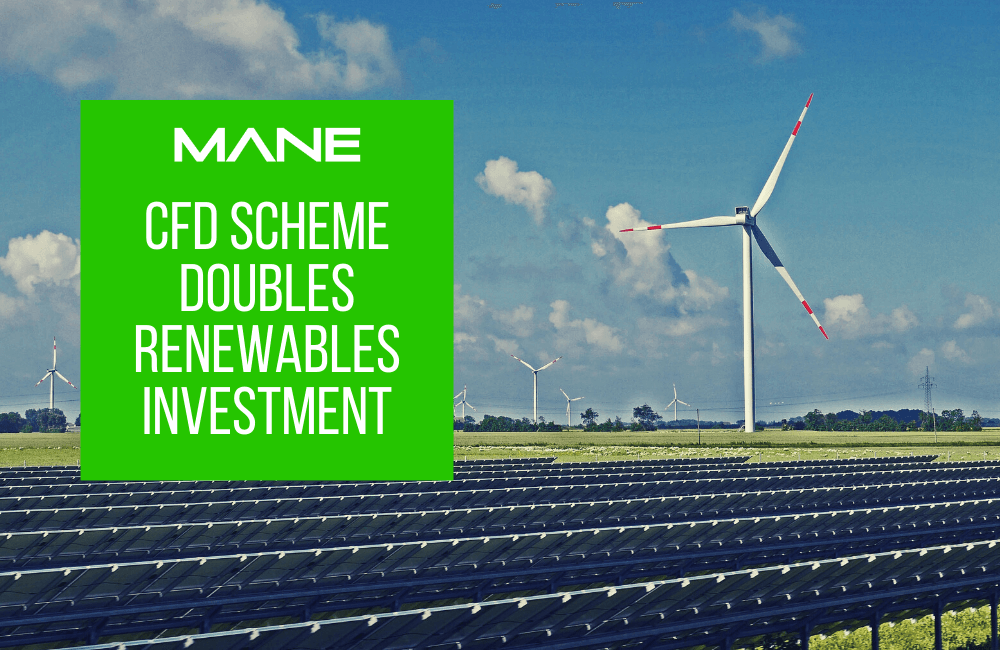 The Department for Business, Energy and Industrial Strategy is more than doubling its Contracts for Difference (CfD) renewables investment scheme after a consultation.

Allocation Round 4 (AR4) of CfD contracts will start late next year, with contracts on offer to up to 12GW of renewable energy projects, over twice the 5.8GW offered in round 3.

For round 4, CfD investments will be divided into three pots:

Offshore wind has graduated to its own pot after being deemed too established for the less-established-technologies pot, where it won almost 95% (by megawatt) of the CfD awards in round 3.

Rounds 2 and 3 skipped the established-technologies pot, making solar PV and onshore wind ineligible. While it’s not yet clear what budget will be given to established technologies in round 4, they are at least eligible to participate. This comes as a surprise given the dramatic fall in the setup costs for onshore wind and especially solar PV projects in recent years.

The government predicts that in ten years about 1/40th (by capacity) of new offshore wind projects will be floating. Given that the UK currently only has one floating demonstration project running, this is quite ambitious.

Few will be surprised that from round 4 onwards, coal-to-biomass conversions are excluded from the CfD scheme, implying that the remaining few coal units are not going to make this transition. Although these plants were eligible to take part in round 1, none has been awarded a contract since Drax received one in the pre-round 1 process.

However, the Government is planning to publish a new Biomass Strategy in 2022, focusing on how best to source and use biomass across the British economy to support net-zero emissions.

The Government now plans to publish updated Community Guidance in Summer 2021, although we have yet to find out what the new guidance will be and whether it will improve investment prospects for developers.

The consultation also sought feedback on the effectiveness of the Government’s Supply Chain Plan policy, which aims to harness the green economy to drive innovation, regional growth, and progress towards net zero. As in previous rounds, projects with a capacity of 300+ MW will have to include a supply chain plan with their applications, and a new refinement in this round is that they’ll also have to give progress updates on the plan. The goal is to maximise investment in Britain’s economy without excluding the best international suppliers from supply chains.

The Government will also release an extra £160m in funding for ports and infrastructure to further boost the growth of a world-class UK supply chain. More details should be released after further consultation.

While the CfD changes aim to level the playing field and focus investment on the most promising projects, the price certainty afforded by a CfD may not offset the costs of bidding for it and meeting the Government criteria, especially for smaller projects. Some solar and onshore wind projects may opt to sit this one out.

The Government has also yet to reveal the budget for Round 4 and how it will be divided between pots. Offshore wind looks likely to dominate, in which case Round 4 will probably hit the capacity cap before it hits the budget cap. Other than that, there’s little indication as to which other technologies will be favoured, meaning developers, investors and financiers may not be ready to make any big decisions just yet.