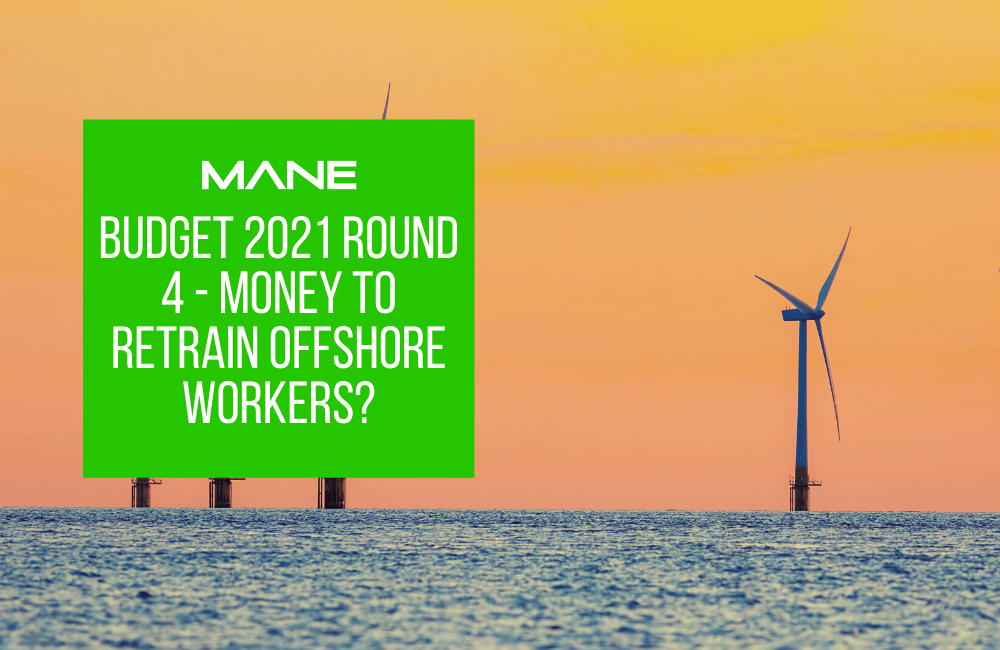 The National Union of Rail, Maritime and Transport Workers (RMT) has called on Chancellor Rishi Sunak to use the new Budget to divert money from the Crown Estate’s recent Round 4 offshore wind leasing sale into a 'Just Transition Fund' to retrain offshore oil and workers and seafarers for green jobs.

Mick Cash, general secretary of the RMT, said that after 14,000 of these workers lost their jobs due to COVID, Britain needed “a Budget for workers”. He spoke sharply against the Crown Estate for driving up rents for offshore wind farms during the pandemic, and warned that the current settlement would lead to offshore developers looking to the international supply chain for bigger profits while families suffered higher energy bills.

He demanded that the Crown Estate be stripped of its power to lease offshore wind, and called on the Government to reform the Sovereign Grant and create a Just Transition Fund worth £220 million a year to help offshore oil and gas workers transition to jobs in offshore wind, hydrogen, carbon capture and decommissioning.

The Crown Estate’s Round 4 offshore wind leasing sale selected six new offshore wind projects in English and Welsh waters, which together will generate nearly 8GW of green electricity. This could power over seven million British homes and represents a big step towards the Government’s target of generating 40GW through offshore wind by 2030, as well as towards the goal of reaching net-zero by 2050.

The successful bidders – RWE Renewables, Green Investment Group, Offshore Wind Limited, and a consortium of EnBW and BP.– have committed to investing £879 million worth of option fee payments, which represents a major vote of confidence in the UK offshore wind industry. The projects will create jobs and attract investment, and could also help Britain cut about 12.5 million tonnes of carbon emissions every year – about 19% of our household emissions.

Having won a competitive tender process, the projects now have to go through an environmental assessment called a Habitats Regulations Assessment, to determine the possible impacts on sea life in protected areas. Companies will only be given seabed rights after passing this test, which is expected to be completed in Spring 2022. If given the all clear, the projects could be generating green electricity by the end of this decade.