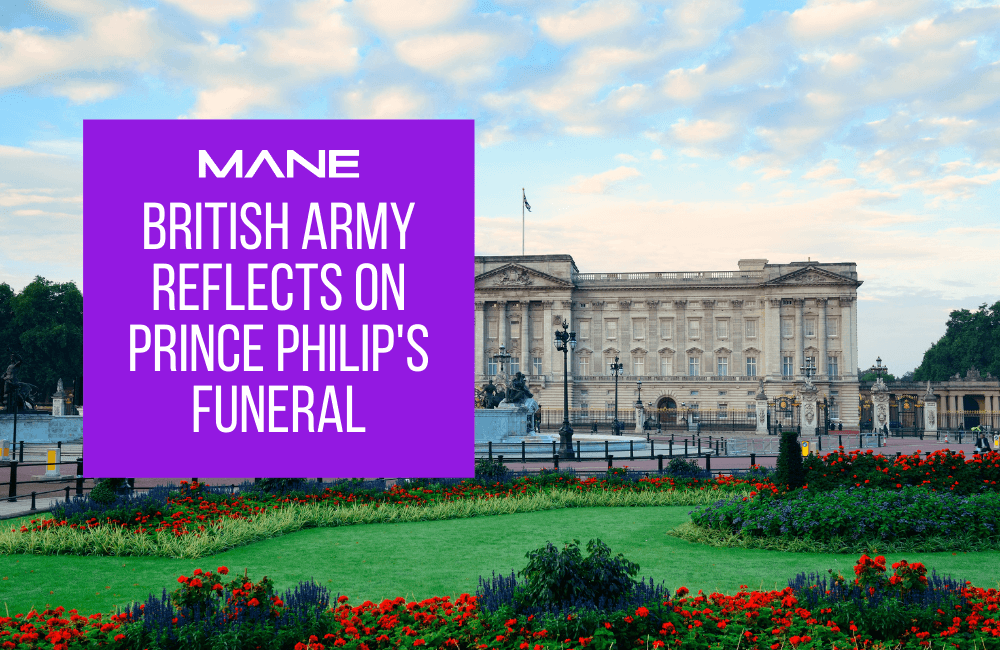 Prince Philip was a distinguished naval officer – a career he gave up to spend the rest of his life supporting the Queen. But on her coronation, he also became a member of the British Army.

Many of the Army appointments and affiliations he received that day endured for almost 70 years. Notably, he was appointed a Field Marshal, one of only 141 people to hold this rank. Over the next 64 years, despite amalgamations and disbandments, Prince Philip retained his interest in, and links with, his many affiliations:

Two soldiers from the Royal Electrical and Mechanical Engineers, who maintain the Army’s equipment and vehicles, drove the custom Land-Rover hearse that the Duke designed himself.

On retirement in 2017, Prince Philip relinquished all his appointments but one, retaining the rank of Field Marshal, an appointment he had held for over 60 years, which he kept until his death.

"Across all ranks there's an enormous sadness that HRH the Duke of Edinburgh has died" – General Sir Mark Carleton-Smith, Chief of the General Staff

While the funeral itself, at St. George’s Chapel in Windsor Castle, could only be attended by 30 people because of coronavirus regulations, over 730 members of the armed forces – including the Army, the Navy and the Royal Air Force – took part in the ceremonial aspect of the funeral.

The Band of the Grenadier Guards provided music, selected to convey messages of “service and duty from a life well lived”.

Because every regiment does things slightly differently, coordinating 730 personnel from across all the armed forces and getting them all to look synchronised on parade was – to put it mildly –“a bit of an achievement”, said an Army representative.

In a video posted on the Army’s website, many personnel spoke of how honoured they were to be involved in the funeral. One said that what he wanted people to think about during the ceremony was the life of the Duke of Edinburgh. “He's given his life, given everything to the cause of being right-hand person to Her Majesty the Queen.”