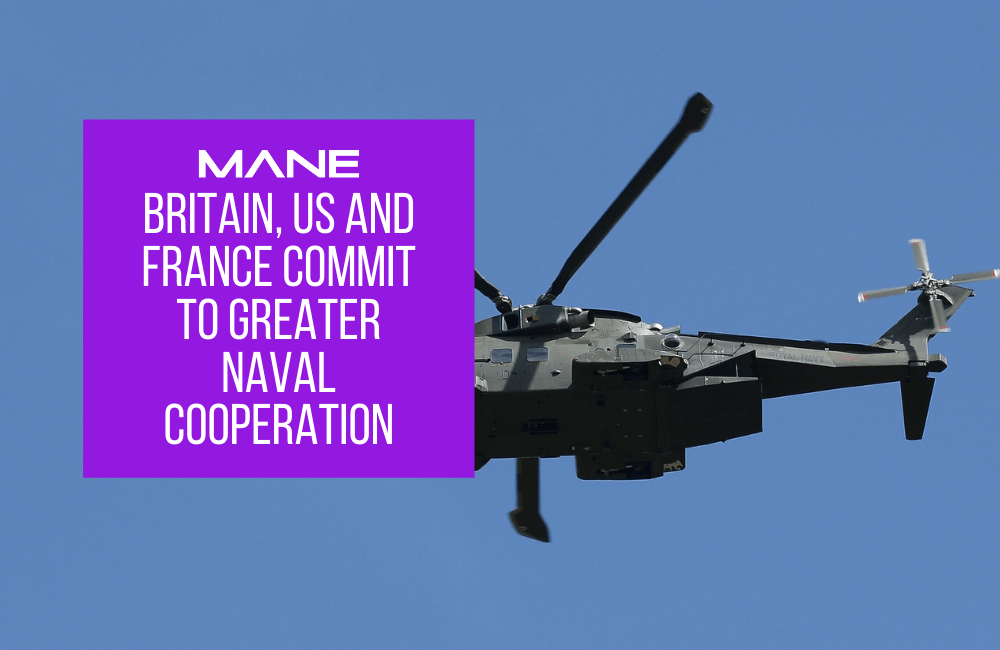 Britain, US and France commit to greater naval cooperation

At the meeting, the leaders of the three navies signed a trilateral cooperation agreement that reaffirmed their commitment to closer cooperation and greater interoperability around the world, in both exercises and operations, “to meet the challenges of tomorrow and maintain a strategic advantage at sea”.

The agreement underlined that the three nations have been allies for over a century, and stated their determination to keep the oceans of the world open and free, despite the new challenges posed by the increasing uncertainty of today’s world.

The Royal Navy, the United States Navy and the Marine Nationale are the three carrier navies in NATO, representing the three nuclear nations in the alliance. They regularly operate together, including in NATO’s ongoing Steadfast Defender exercise and the recent Mine Countermeasures Exercise in the Arabian Gulf.

During the trilateral meeting, the three naval leaders visited HMS Queen Elizabeth at sea, as well as the French navy’s flagship carrier FS Charles de Gaulle. The meeting built on a virtual discussion between the three leaders that took place last June.