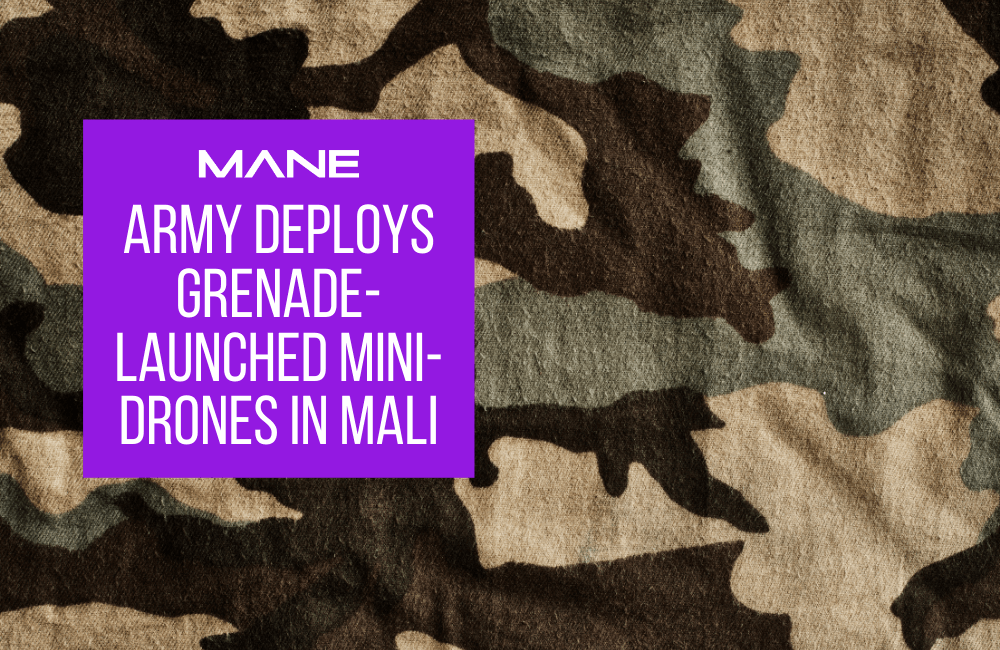 Tiny enough to be launched from a 40mm grenade launcher, DefendTex Drone40 drones can form part of a swarm, carry several payloads, and act as a loitering munition.

They can also be used for reconnaissance and surveillance, and it’s for this that the British Army plans to use them during its deployment to Mali.

The Army acquired the drones through the Defence Equipment & Support Future Capability Group’s trial procurement method, Buy And Try at Scale (BATS), which allows the military to test equipment out before making a long-term commitment to it.

An MOD spokesperson said the drones were there to give troops "the best possible situational awareness" during their UN peacekeeping mission in Mali.

Weighing just 190 grams and with a range of more than 12 miles, Drone40s can fly for 30 minutes up to an hour at a time, and are marketed as both expendable and reusable. The British Army was first seen using the drones during its Mission Rehearsal Exercise last year for the Mali deployment.

Although it's possible to launch the drones from an under-barrel grenade launcher, the Army has gone with a hand-launched system in Mali.

300 UK Army personnel, mainly from the Royal Anglian Regiment and the Light Dragoons, arrived in Mali in December as part of the UN's Multidimensional Integrated Stabilization Mission in Mali (MINUSMA).

Separately to the UN mission, a further 100 UK logistics personnel and three Chinook helicopters have also been deployed to Mali to support France's Operation Barkhane.