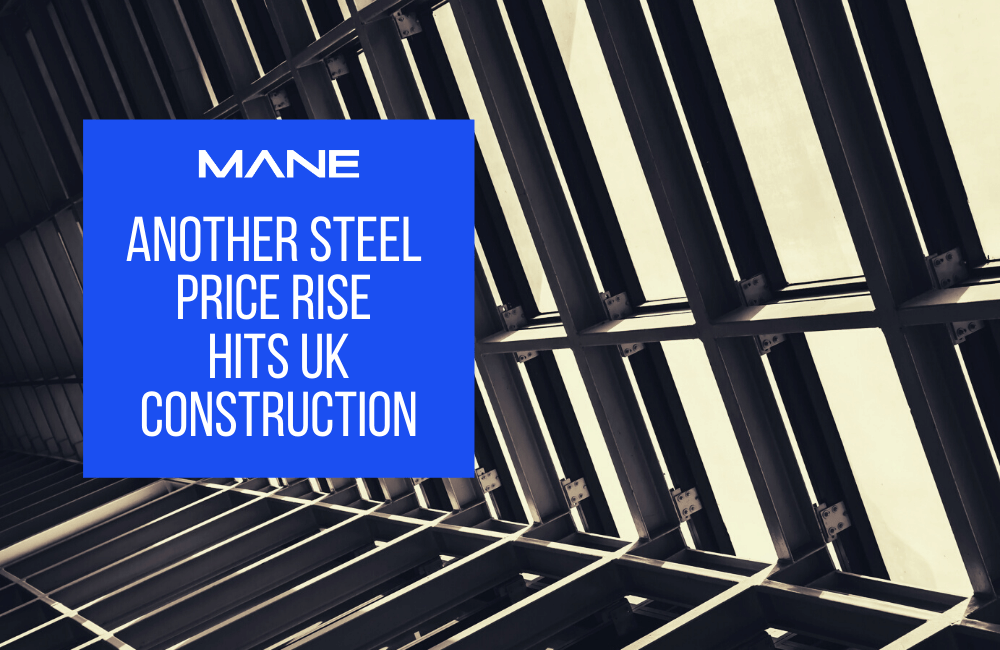 The price of structural steel has risen yet again, with British Steel announcing its fifth increase in prices since last July.

The latest price jump, in January, added £50 a tonne to the cost of steel, meaning it’s shot up from about £500 a tonne last summer to more than £700 a tonne. Not surprisingly, steelwork contractors are reeling.

The unprecedented speed of this price rise is being blamed on equally dramatic rises in the costs of raw materials, along with strict quotes and lower scrap availability, which has also caused rebar prices to skyrocket in the concrete frame industry.

Arcelor, British Steel’s only major rival in the UK, has been following suit with all the price rises and also put its prices up in January.

Here’s the full breakdown of those price hikes:

Smaller steel manufacturers can’t keep up. One was quoted as saying that this latest price increase, on top of the extra £80 added to the price before Christmas, would “cripple the construction market.”

Citing government promises throughout the pandemic that it would support construction in order to keep the economy moving, the manufacturer questioned how that was going to work with all the price increases.

Another company said nothing like this had been seen since 2004 and that the industry feared still more price increases to come.