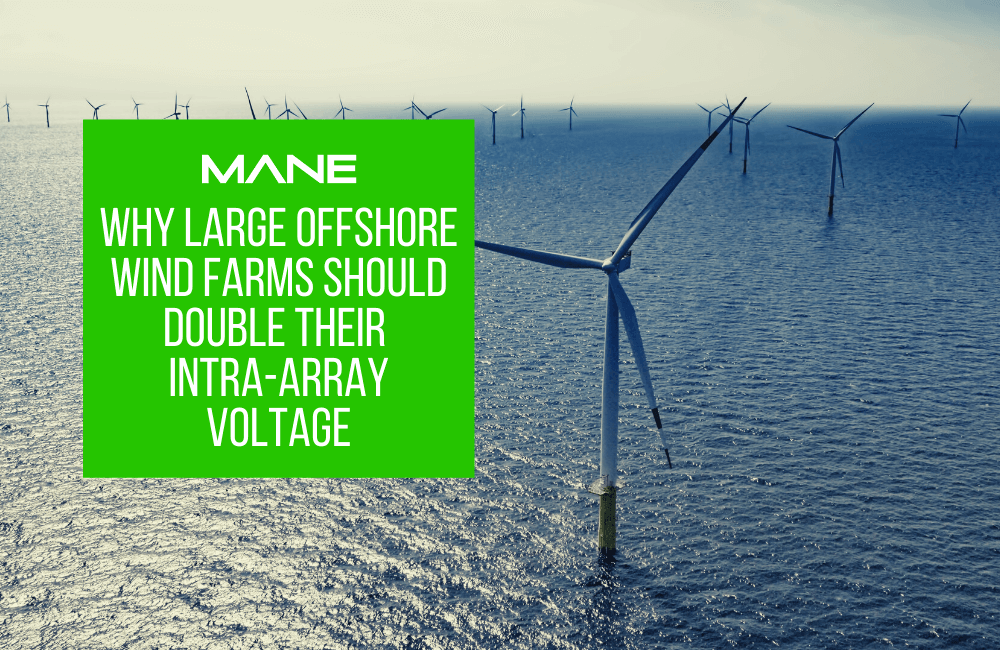 Why large offshore wind farms should double their intra-array voltage

Offshore wind farms are now the biggest contributor of green energy to the National Grid. But the cost of installing and running them is problematically high – and the race is on to solve that problem as the 2050 net-zero deadline looms closer.

Could pumping up the intra-array voltage from 33 to 66 kV be the answer? A Carbon Trust study found that increasing to either 48 or 66 kV would cut costs and increase yields over the life cycle of a wind farm. Of the two, 66 kV brought the bigger benefits.

While 33 kV is the most practical choice for wind farms at present, it means the power has to be stepped up to a much higher voltage like 110 kV at an offshore substation for transmission in the UK. This generates massive costs in cabling and substations, which are often remote and difficult to access.

Higher voltage array technology should not only cut these costs but also boost efficiency by preserving more of the energy the wind farms generate.

The Carbon Trust predicts that switching to 66 kV could reduce the cost of offshore wind power by 1.5%. To encourage this, it launched a competition to fast-track the development of 66 kV cables, “The Race for 66 kV”, awarding funding to three winning companies, Prysmian, Nexans and JDR.

Phil de Villiers, the Carbon Trust’s Head of Offshore Wind, said higher voltages could increase transmittable power by over 100%, and also make it possible to develop much larger arrays with more turbines per array.