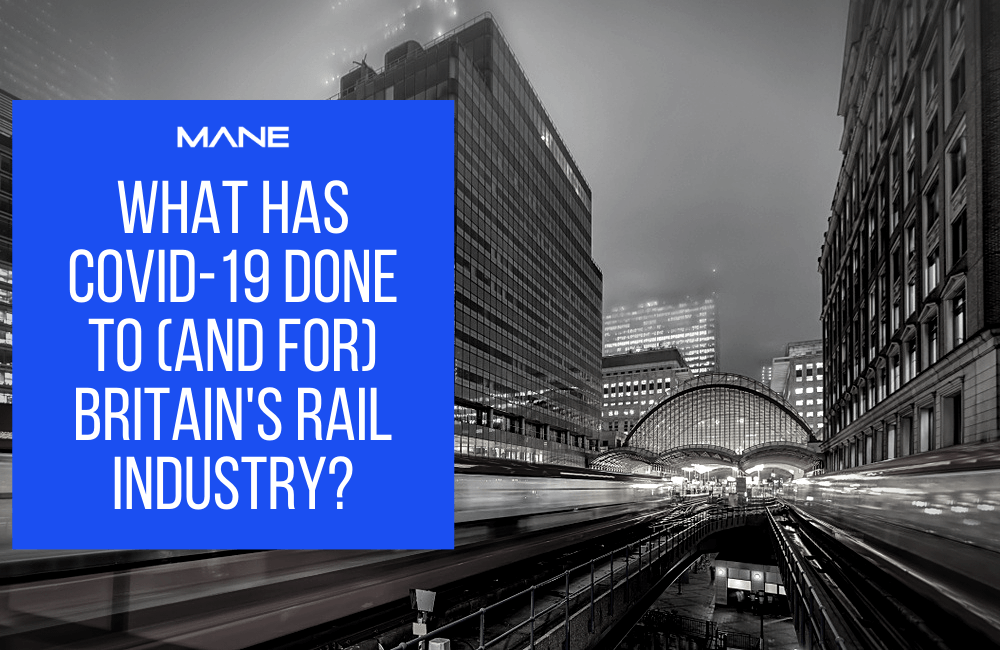 What has COVID done to (and for) Britain’s rail industry?

With passengers fleeing public transport over COVID fears, what hope is there for Britain’s railways?

The industry is at the centre of an “unholy spat” between the Department for Transport (DfT) and the Treasury over funding, according to a senior source. The DfT is pouring £750 million a month into running near-normal train services – with only 31% of normal passenger numbers. Commuter lines, especially around London, have been even harder-hit.

The Treasury is objecting to this use of taxpayers’ money. While the DfT’s official line is that it’s running these trains to provide enough socially-distanced space for essential journeys and key workers’ commutes, it would take more than social distancing to make 31% of the passengers fill nearly 100% of the trains.

According to the unnamed source, the Treasury suspects this is really about avoiding “a confrontation with the unions” by keeping rail staff gainfully employed.

The twist is that the plummeting passenger numbers are based on a misconception. Research has found that rail travel, because of good ventilation and airflow at stations, is much safer than sharing a car.

In response to the crisis, the government is taking drastic action by ending Britain’s rail franchising system – which it suspended at the start of the pandemic in March, effectively re-nationalising the railways. Instead, the DfT is providing “recovery contracts” to help support train operators through the pandemic, ahead of what it called “the biggest change to the railways in a quarter of a century”.

The recovery contracts, lasting six to 18 months, will continue to cover losses, plus up to 1.5% of pre-pandemic operating costs. This is lower than the previous 2% and more contingent on performance.

While the DfT said this was a better deal for the taxpayer, Labour and the unions claimed it was still too big a payout for private companies, and accused the government of “reanimating the corpse” of rail privatisation.

However, there is some light on the horizon. A £1.8 million project is looking into new technologies that could give Britain’s railways a boost.

One area where the industry could potentially cut costs is the not-so-timely project launched in 2019 to phase in 7,000 new and refurbished trains by 2021, which is still going ahead despite the pandemic. The initial cost of trains is only part of the issue; maintenance throughout their lifecycle is also a huge expense, so using automated monitoring to flag up when a train needs maintenance, rather than carrying it out on schedule, could deliver big savings.

Another positive comes from a report by UBS, which reveals that in the longer term, COVID could actually drive massive growth for the rail industry by accelerating the shift from air to rail travel.

With planes grounded and airlines going bust, trains could soon become the new planes. According to the report, most business travellers are willing to spend two or three hours on a train, while most leisure travellers are up for five- or six-hour journeys – and with 800 new high-speed trains expected in Europe in the next 10 years, those journeys could take them a long way.

However, it would probably take a drop in ticket prices as well as journey times for that to happen. Rail travel is currently more expensive. There are also relatively few direct high-speed train routes, and plenty of direct air routes. So it would take a concerted policymaking effort across Europe to set up decent international railway networks and encourage the shift from air to rail.

But there is a clear sense of potential, and there’s good reason to make the effort. If people start choosing trains over planes, it could cut up to five million tonnes of CO2 emissions in the next decade.