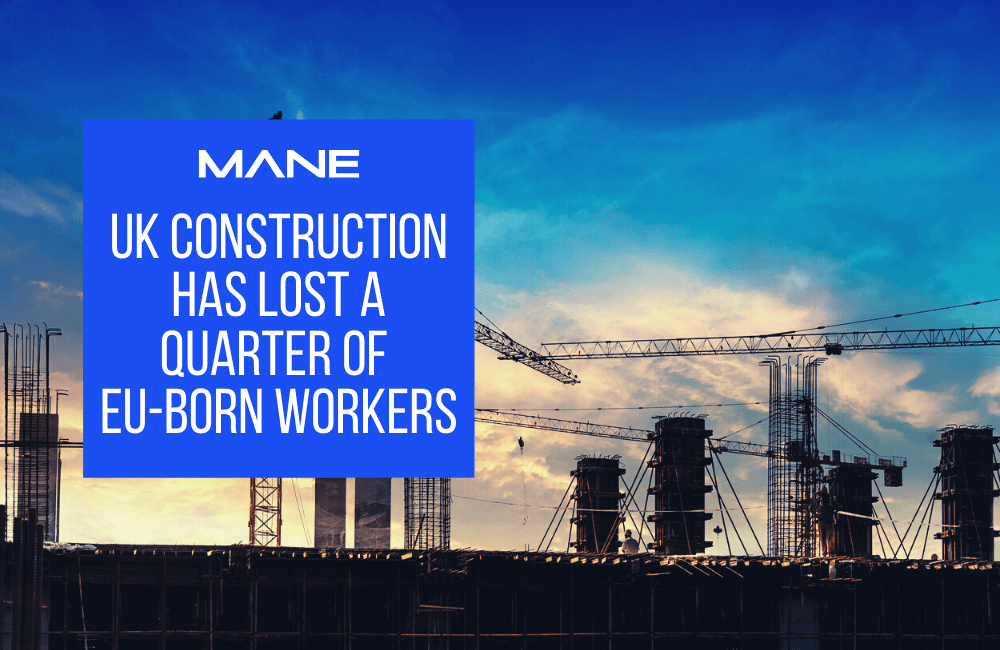 UK construction has lost a quarter of EU-born workers

The number of UK construction workers born in the EU has plummeted by over a quarter in 12 months.

London has been hit hardest by the exodus, with a 30% fall in EU-born workers during the period – from 76,000 to 53,000. The metropolis has always attracted more foreign-born workers than the rest of the UK.

This loss can’t be blamed on a lack of work; despite COVID, overall employment in the industry only dropped by 7% in the same period, according to the Construction Products Association (CPA). Neither is it a problem affecting all migrant workers equally; the number of non-EU migrant workers in the UK only fell by 10%.

Some EU workers left more hastily because of the pandemic, but had already planned to leave the UK before the Brexit transition period ended at the end of 2020.

One Brexit concern driving EU nationals away has been double taxation: having to pay tax on their earnings both in the UK and in their country of birth. Even families with mortgages in the UK and children in UK schools have pulled up their roots and left rather than pay double tax.

While the latest CPA figures don’t cover the start of 2021, there have also been reports of EU workers struggling to get back into the UK after spending Christmas with family abroad, for various reasons including COVID restrictions.

However, the decline in EU workers isn’t new; it’s been going on for some time. According to CPA economist Amandeep Bahra, numbers of EU-born construction workers in the UK have fallen by 43% over the last three years – 53% in London.

She warns that this is likely to impact construction output, especially as the industry returns to something like business as usual after the vaccine rollout and the end of lockdown. There’s still a skill shortage in the industry, after all, and it’s likely to keep getting worse as larger infrastructure projects get off the ground alongside current projects sectors like private housing,” she said.

In fact, some construction companies are so concerned about the lack of available labour that they’re turning down any large projects and focusing exclusively on small and medium-sized projects.