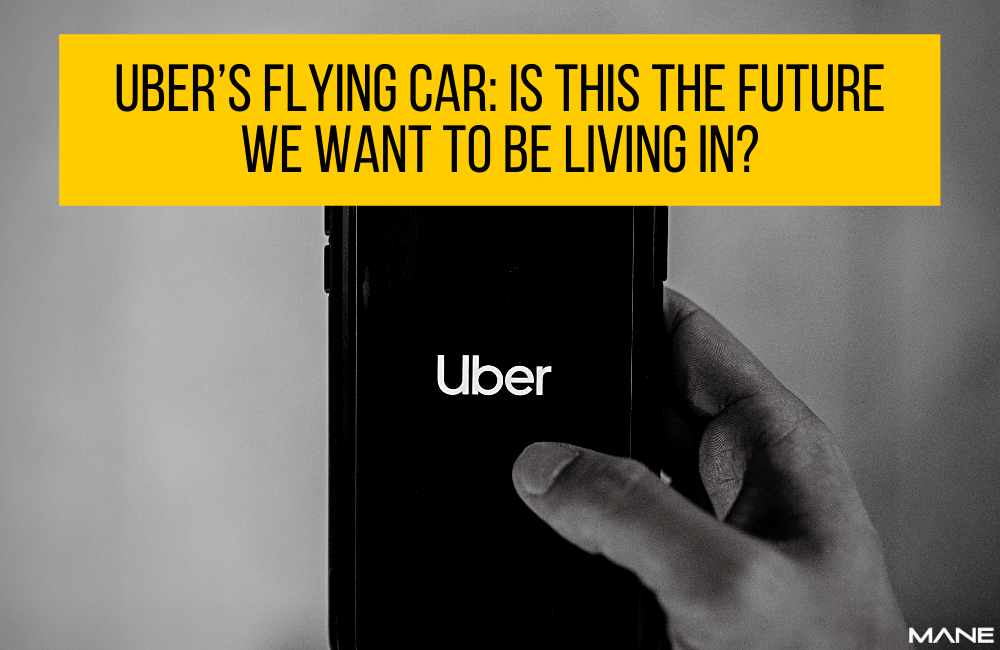 Uber’s flying car: is this the future we want to be living in?

The car, seen at the Las Vegas Consumer Electronics Show, is the first of a planned Uber Air Taxi fleet. Seating four passengers, the taxis will initially be flown by pilots (driven by pilots? flown by drivers?) but Uber ultimately plans to make them autonomous. That’s right: flying robot cars.

This is the culmination of Uber’s 2016 white paper detailing plans to launch on-demand air taxis by 2023. At that stage, the project was called Uber Elevate, and the aim was to work with a car manufacturer to create fully electric air taxis capable of vertical takeoff and landing (VTOL), like tiny Harrier jump jets.

Uber has now revealed that it’s chosen Korean manufacturer Hyundai as its partner. Hyundai’s aerial creations will have a 60-mile range and a top cruising speed of 200 mph. Once they’re ready for sale, Uber will recruit pilots, create an air taxi network with its 91-million-strong customer base, give advice on flight routes, and take a cut of every fare.

How does a flying car fly?

Hyundai’s flying car, the S-A1, uses counter-rotating blades, which minimise noise, and eight different rotors, which maximise efficiency. Four of the rotors can be tilted for horizontal and vertical flight, and four are fixed on the horizontal setting to enable the car to hover.

The air taxis will take off and land at air taxi stations (taxi ranks? taxiports?) known as Hubs. Purpose Built Vehicles (PBVs) will be used to transport customers to the nearest Hub.

The Hyundai S-A1 will have its first public demonstration later this year.

But is this really a good idea?

According to the WHO, air pollution kills 3.8 million people every year, and only 20% of city-dwellers can breathe air that meets WHO air quality guidelines. Could carbon emissions from flying cars worsen this crisis?

On the face of it, Hyundai’s flying car is impeccably green: 100% electric, with a ‘distributed propulsion’ flight system that cuts noise and emissions and increases fuel efficiency, and a charging time of just 5-7 minutes at peak hours.

However, some scientists are unconvinced. Dr Gary Fuller, an expert on air pollution from King’s College London, points out that the laws of physics mean flying necessarily uses more energy than ground travel.

“This isn’t progress towards a lower consumption future,” he says. For him, the future we really want to be living in would involve a paradigm shift away from cars – flying or otherwise – towards active modes of travel like cycling or walking, boosting our own physical and mental health as well as the health of the planet.

His conclusion is thought-provoking: what if all the innovative energy that went into the flying car could be redirected into innovative bicycles and walking-friendly urban planning?