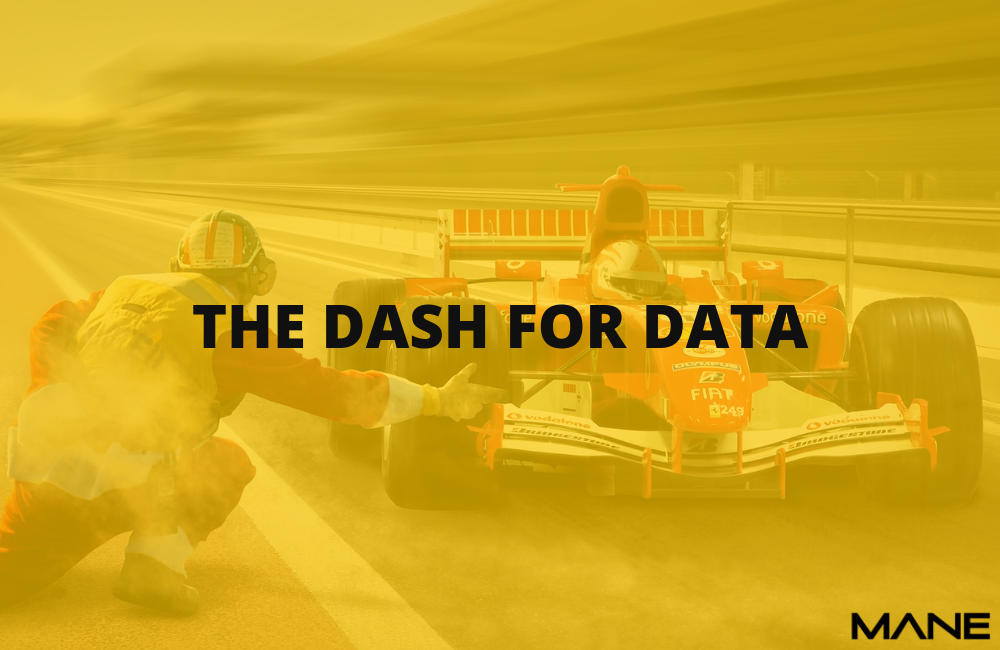 The Dash for Data

When you take in a Formula 1 track from the stands on race day, you’re looking at enough information to fill more than 8,000 DVD-R discs. Between measurements of G-forces, temperature fluctuations, engine RPMs, and other minutiae of car performance and race conditions, about two terabytes of data are generated per car per race per weekend.

Since the 1970s, F1 drivers and their teams have been steadily ramping up their use of telemetry--the science of recording and transmitting sensor measurements for analysis. Because winning or losing could come down to fractions of seconds, the speed at which they can interpret the numbers and make decisions about their race strategy is a critical concern.

By the 1980s, telemetry systems were a standard feature for F1 cars--but because of storage limitations, drivers would receive a signal to turn the sensors on only at critical points in the race, at which point their garage team would (hopefully) gather the information they needed for analysis afterwards. Later, radio-based “burst” telemetry would let crews plan pit stops in advance. Nowadays, streaming allows for real-time responses throughout the race--making telemetry a key factor in practically every aspect of the F1 racing experience for crews, drivers, and fans alike.

Increasingly, the very design of cars is shaped by data collection concerns. One source estimated that every F1 car contains a kilometer of wiring and upwards of 150 sensors. All of these feed into a central Electronic Control Unit, where they are then broadcast to the pits and the team’s HQ by a telemetry antenna. With cloud computing, each member of the crew can receive an informational feed relevant to their own specific job.

The systems measure g-forces and how they affect the car and driver (at top speed, an F1 car can experience up to 6 Gs--double what astronauts experience during liftoff), the temperature of key components such as the exhaust and brakes, the driver’s biometrics, and oil and water levels, among other details.

From the driver’s perspective, the telemetry system looks like buttons on the steering wheel which allow them to flag specific points for later analysis and otherwise communicate with their team with respect to the data. Some drivers lament the constant updates as opposed to the “old school” race experience, but the majority can’t deny the advantages of high-tech methods.

For broadcasters and spectators, the same data can provide a birds-eye view of the competition--detailed information about pit stop times and car performance puts racing fans in the middle of the action.

Pit mechanics can use telemetric data to interpret what types of tyres and nose cone are appropriate for each track. Team engineers can improve the performance of all of their cars’ systems using information about the racing conditions--everything from the weather to the way the racecourse is built.

Driver Valtteri Bottas verified via data feed that his engine cut out briefly on a section of track in Singapore--the subway system far below interfered with his car’s electronics. Discovering and quantifying quirks like these can give a driver the edge to win--and missing them can lead to devastating near-miss losses.

The team members working behind the scenes to solve problems like these never stand on the winners’ podium, but more and more often, their contributions are the things that make the difference.

As all the teams begin shut down period, huge amounts of data will be crunched behind the scenes in preparation for next season - and the rest of us will have to wait for whatever exciting developments lie ahead.