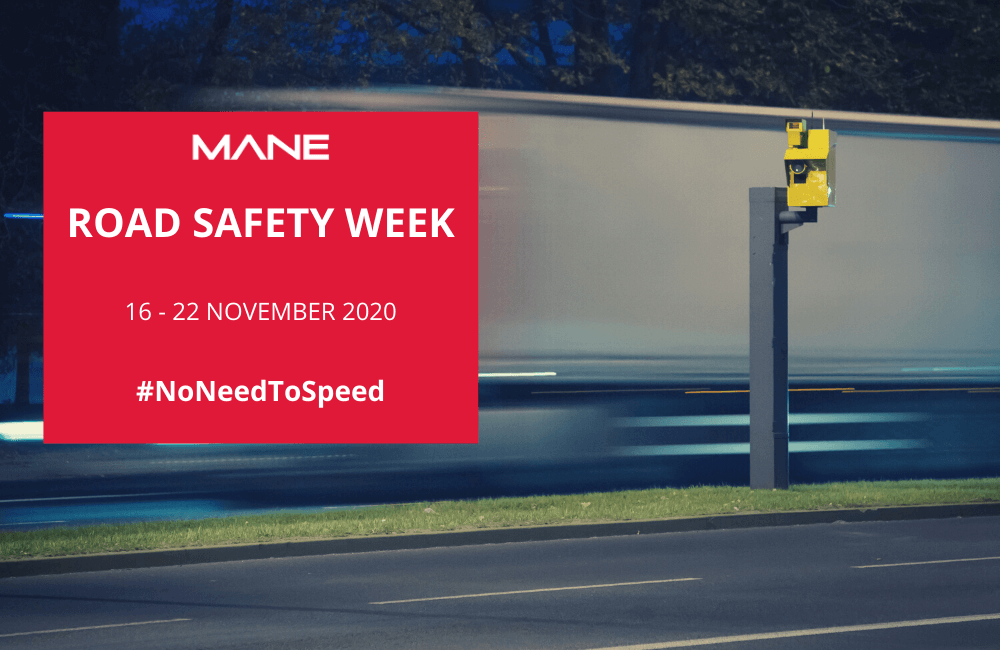 Brake, the road safety charity, founded Road Safety Week in 1997. It’s an annual event to raise awareness about the importance of road safety and to promote steps that every driver can take to stop the injuries and deaths that happen on our roads every single day. It is the biggest road safety event in the UK.

Each year Brake chooses a different road safety theme, and this year it is No Need to Speed. Why? Because a 1mph speed difference in a crash could mean the difference between life and death. In 2018-2019 2.4 million speeding offences were detected in England and Wales, according to the analysis of data by the RAC Foundation. It’s unclear what the real number is, but it is clear it would be much higher due to a lack of speed camera coverage.

It’s estimated that someone is injured on a UK road every four minutes, with speed playing a vital part in virtually every fatal crash.  It’s time to take action and come together to say that there is No Need to Speed.

At Mane, we understand that our contractors are constantly driving from one site to the next, and then onwards to home. Sometimes it is driving from one job to the next for a prolonged period of time. Our contractors who work in the Rail, Construction, Engineering, Energy and various other industries are often travelling on the roads in day or night, either for the role they are working on, or to get to the next one. From factories to wind farms to rail depots and building sites – they cover them all. However, we’re highlighting the importance of following the speed limit, for their own safety and for others.

It’s simple, the higher the speed the longer it will take for you to break and the harder the crash will be, resulting in a higher chance of injury. The speed limits set on UK roads is there for a reason, to protect you and to protect other drivers and pedestrians around you.

Ultimately, the message we’re trying to get across is arriving a few minutes early to your shift is important, but you do this by adopting habits, such as leaving a few minutes earlier or checking traffic ahead of setting out.  This allows you to limit the stress placed on you resulting in speeding.  Similarly, getting home earlier is not worth putting yourself and other drivers at risk.

If we all come together and support this year’s theme of No Need to Speed, we can help to reduce the number of fatal crashes that are caused by speeding.