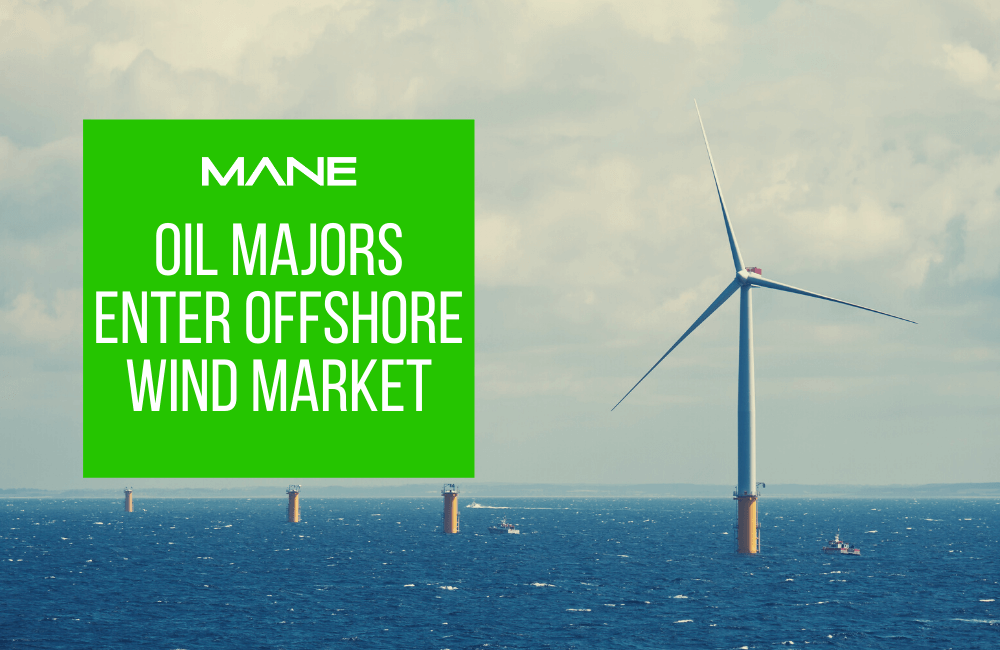 2021 already looks set to be the year of the oil giants in offshore wind. World-leading fossil fuel companies are entering the market in a big way. But what does this really mean for the future of offshore wind?

Shell’s first project, the 731.5MW Borssele III & IV wind farm in the Dutch North Sea, was completed on time on 6 January and is now fully operational. Shell has a 20% stake in the project as part of the Blauwwind consortium, an alliance of five companies.

Also in January, BP signed a deal with Equinor to acquire a 50% interest in the Beacon Wind and Empire Wind projects off the east coast of the US. With this move, BP has officially entered the offshore wind market.

And February brought even bigger news, as the UK’s Crown Estate held its first major offshore wind lease auction in over a decade, and BP entered the UK market in spectacular fashion.

In a 50/50 joint venture with Germany’s Energie Baden-Württemberg AG (EnBW), BP bid £900m a year for two sites in the Irish Sea, over 15 times the amount previously paid for similar deals. Even Shell was outbid, while renewable energy companies bidding for the same sites were left in the dust.

BP CEO Bernard Looney hailed it as an important step in the company’s “transformation into an integrated energy company”.

And Julien Pouget, senior VP of renewables at fellow oil giant Total, struck a similar note as his company won a 1.5GW lease in the same auction in partnership with Macquarie’s Green Investment Group. He spoke of Total, which is already involved in the Seagreen project in Scottish waters and Erebus in Irish waters, “becoming a broad-energy company”.

It’s clear that Big Oil has very real ambitions to become Big Wind. By the end of the decade, it’s predicted that the world’s leading oil companies will have more offshore wind turbines running than oil rigs. This sounds like great news – but is it?

From oil companies’ perspective, paying top dollar to break into the offshore wind market makes sense as an investment in their long-term future. What’s more, oil giants have a track record of successfully delivering giant offshore projects that dwarf even the biggest offshore wind farms, so their unique transferable skills could help improve efficiency and reduce the cost of building offshore wind farms.

However, BP’s massive auction bid has come under fire from renewable energy developers who placed bids at a more normal level and lost. A source at one company said succinctly, “They’re mad.” Many claim that with BP paying so much over the odds, the return on investment will be too low and will ultimately hurt the industry and push up energy bills for consumers.

Dev Sanyal, head of renewables at BP, retorted,  “They would say that, wouldn’t they?”