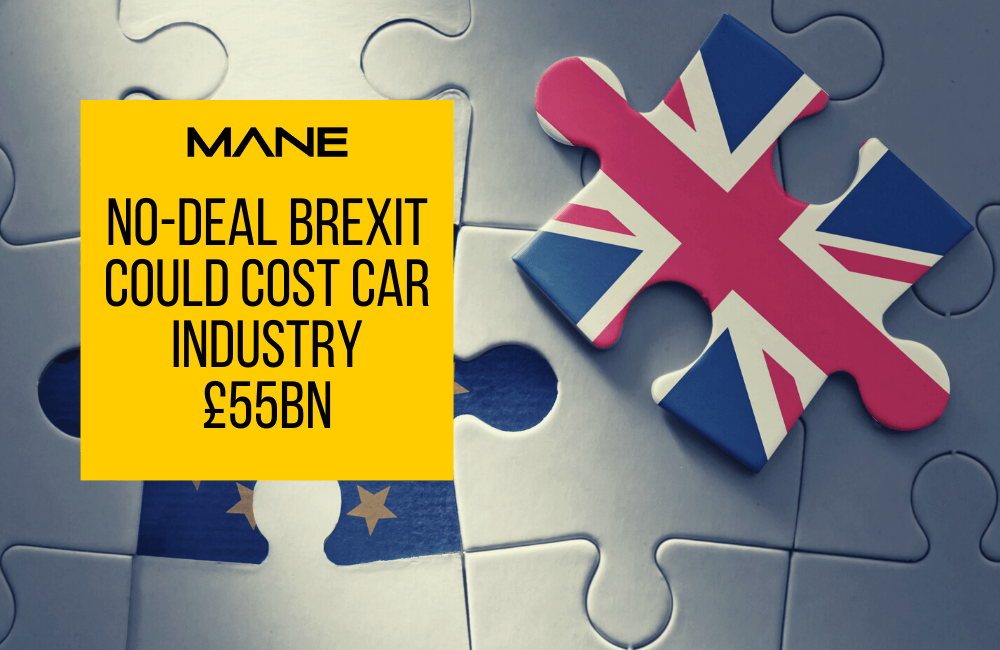 Britain’s automotive sector could lose £55bn manufacturing value in five years if we leave the EU without a deal, says a new report from the Society of Motor Manufacturers and Traders.

A no-deal Brexit could see UK car production drop to fewer than 1m cars per year (down from 1.3m in 2019), as new tariffs could crash parts of the industry.

With just a month to go until the transition period ends on December 31, the UK and EU have yet to finalise a Brexit deal, and the talks could still fall through and result in a no-deal Brexit.

Carmakers have strongly opposed a no-deal Brexit, which would add 10% tariffs to their products, pushing the cost of the average car imported from Europe up by £1,900.

Some manufacturers have warned plants could close in the event of no deal, with the PSA group saying it would move production of the new Vauxhall Astra out of the UK, and Nissan predicting that its Sunderland plant, Britain’s biggest car factory, would see its business model “destroyed”.

Nissan COO Ashwani Gupta told Reuters that the Japanese carmaker’s UK business would “not be sustainable” without an EU trade deal. However, Nissan has denied German media allegations that it has already decided to close the Sunderland factory.

All of Britain’s major car manufacturers are foreign-owned. Japanese and EU carmakers have set up production in the UK largely because of easy access to the European single market, so the industry was never going to welcome any barriers to trade. The new SMMT report predicts that even with a “bare-bones” EU trade deal, the car industry would still lose £14.1bn.

SMMT President George Gillespie – who also serves as executive chairman of Japanese car testing firm Horiba Mira – has called for a trading relationship that would work for the automotive sector. With Brexit preparations already having cost the industry £1bn, and COVID £28bn, he said carmakers should not be left paying the cost of tariffs on top of that – “especially not by accident”.