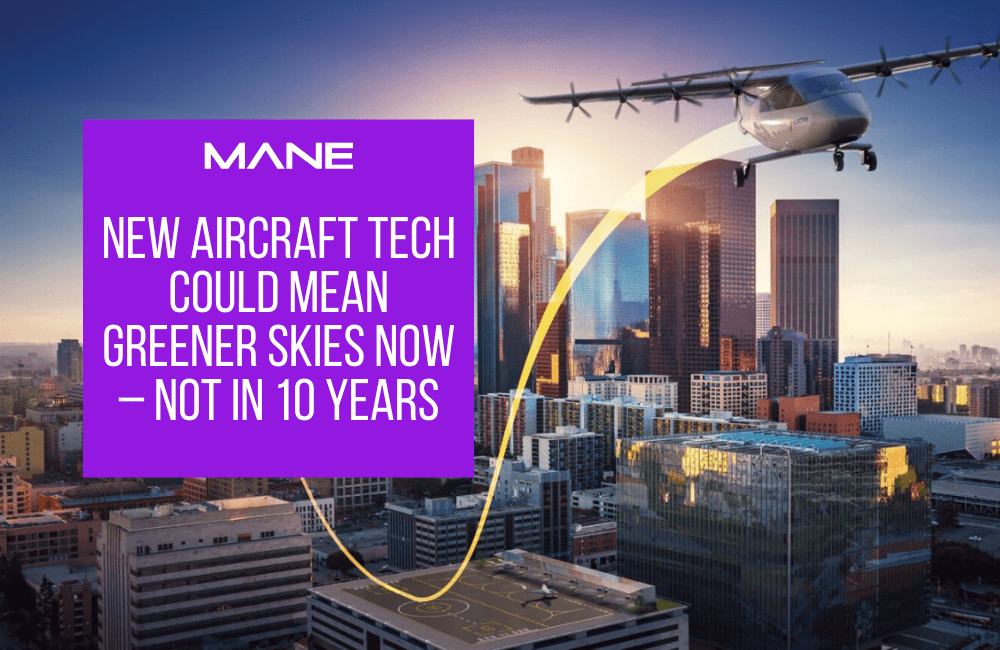 Airlines and aircraft manufacturers have committed to net-zero goals, but many of the technologies being developed to cut emissions in the industry are decades away from being ready.

Yet there are technologies that could start cutting emissions right now.

For example, Tamarack Aerospace Group’s “active” winglets – as opposed to the traditional passive kind – can be used to boost aircraft’s efficiency and cut emissions, and could be combined with future green energy technology.

The winglets include an extension to further increase the wingspan, providing energy improvements of up to 33%. They use a load alleviation system to bypass the need for extra reinforcements for the longer wing, creating a low-drag plane that performs like a glider.

And on the ground, Aircraft Towing System World Wide (ATS) has created a towing system that allows aircraft to taxi without using their engines, which could save over 15 million litres of fuel at Heathrow alone. The fuel savings could be used to generate carbon credits to offset fuel burned in flight.

Optimising air traffic management (ATM) is another way to boost efficiency. The EU is currently working on the Single European Sky ATM Research (SESAR) project to create an intelligent air transport system with more direct and fuel-efficient flight paths. This could reduce CO2 emissions by 10% per flight.

While these solutions may not have generated as much buzz as electric aircraft and green fuels, they could enable the aviation industry to start cutting emissions sooner and meet interim sustainability goals while we wait for those other technologies to come to fruition.