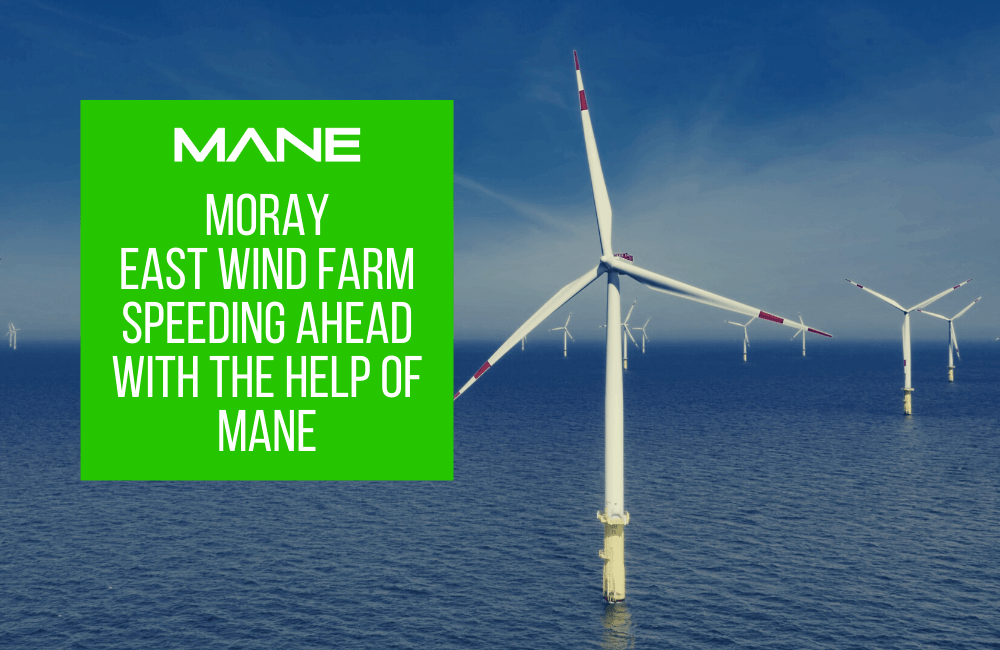 Moray East wind farm speeding ahead with the help of Mane

At Moray East, some 22km off the coast of Aberdeenshire in Scotland, a new offshore wind farm is rapidly taking shape.

The first of two inter-array cable testing and termination campaigns has been underway since November, with the vessel Siem Barracuda acting as a home base for the workers. This campaign will run until January 23rd, with a second one scheduled from April 4th to mid-June.

Also rocking up to the worksite is the aptly named vessel Flintstone, from which rock dumping work is taking place to protect the wind farm’s three export cables, laid in October by the vessel NKT Victoria.

When complete, Moray East will boast 100 9.5 MW MHI Vestas wind turbines and three Siemens Energy OTMs (offshore transformer modules), all with jacket foundations. The OTMs are already in place, and as of November 24th, there were just 28 jackets to go for the wind turbines.

The jackets for the OTMs and 45 of the turbines were made by Lamprell, and the rest by Smulders. All jackets should be in place by January, weather permitting.

The EPCI contractor responsible for building the foundations and installing the OTMs is DEME, which has been using Seajacks Scylla as its installation vessel since early July after its new vessel Orion had a damaging collision with a crane in May.

Moray East is expected to be fully operational and generating 950 MW of power by 2022.

Mane have been involved across various stages of the project lifecycle, providing project staffing solutions to various parties throughout the supply chain.

Calum Galvin, recruitment consultant at Mane Energy, commented “this is a fabulous project that will be of benefit for generations to come.  I’m extremely proud to have been involved in ensuring that the necessary skills have been delivered, and to play a small part in the future sustainability of the UK.”