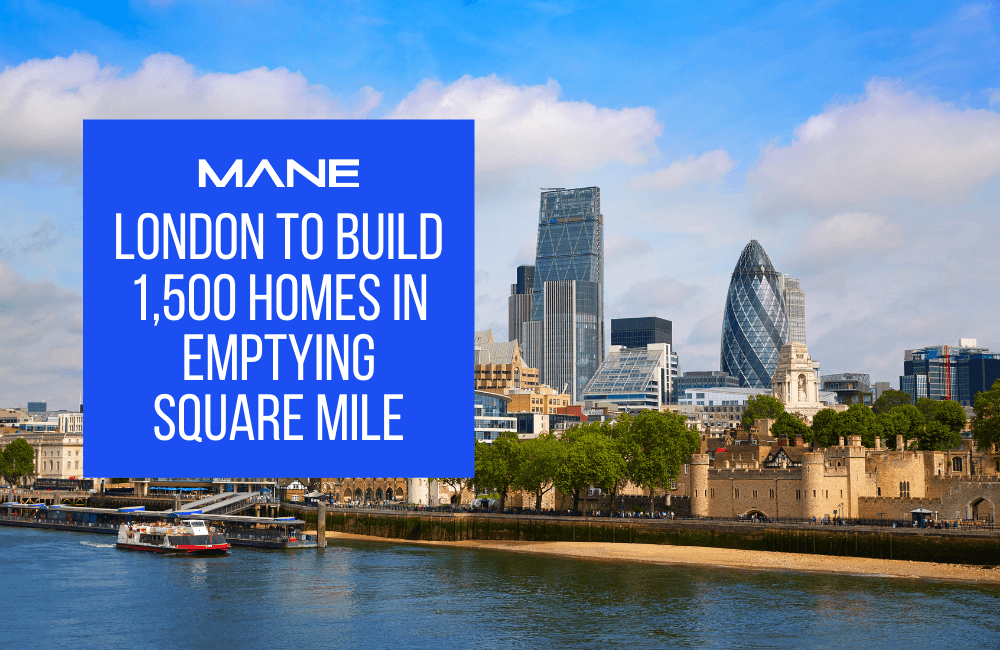 The City of London Corporation has announced plans to build at least 1,500 new residential units by 2030 in vacant parts of the Square Mile.

This represents a drastic change in direction on the part of the authority, which built just seven new homes in the Square Mile during the 2017-18 tax year. The new homes will represent a 20% increase in housing in the City, which currently stands at 7,850 residential units.

Although the corporation approved three new tower blocks this year – leading a developer to comment that “the era of the office is not over” – the London authority has now acknowledged that working patterns will change in the post-COVID era.

In a new five-year strategy document, as well as announcing the construction of 1,500 homes, the authority also said it wants all its new developments and refurbishments to be “high-quality, convivial spaces” as well as having a low environmental footprint.

Catherine McGuinness, policy chair of the City of London Corporation, said the corporation had been listening to City businesses of all sizes to understand how COVID had affected their ways of working and future needs. While most businesses were still committed to retaining a head office in central London, they also planned to embrace hybrid and flexible working.

The future strategy document also said the authority wanted to create more and better public spaces for exercise and culture, and to improve the experience of walkers and cyclists on the streets of the City.

It also plans to woo back cultural and creative organisations that were previously driven out of the City by high rents. Vacant and underused spaces will be transformed into low-cost, long-term lets for these businesses.