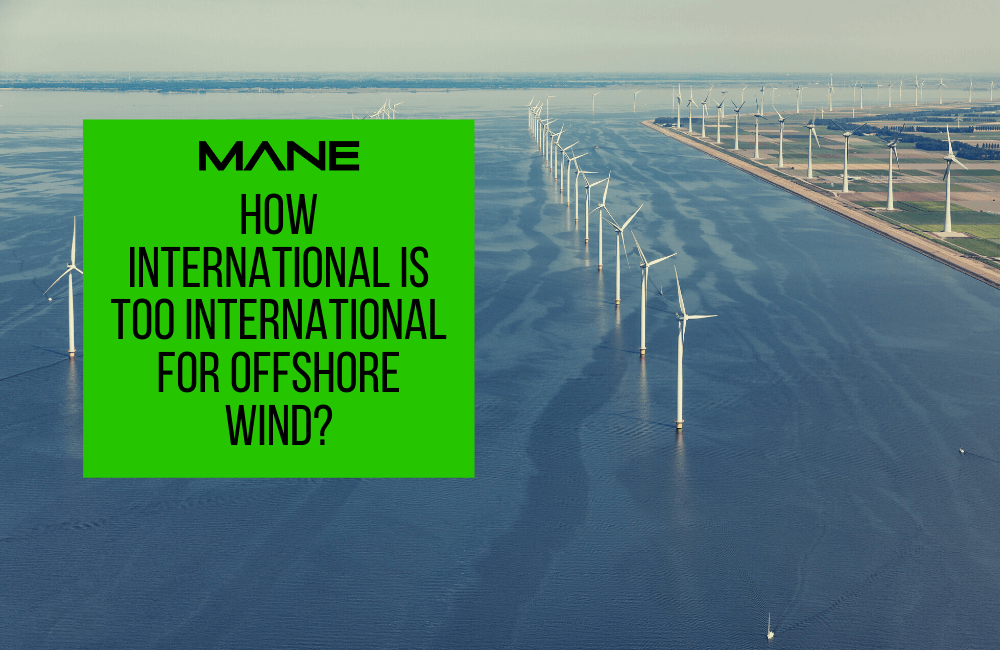 The US renewable energy market has been hit by a series of controversial tax reforms intended to boost the local economy. They include 25% tariffs on imports from China, and similar tariffs on imported steel and aluminium – which are vital for offshore wind components.

This highlights an important question. While free international trade has cut costs and boosted growth in the offshore wind sector, it’s often been at the cost of the local economy, damaging popular support for renewables and putting the nascent sector at very real risk. So how do you balance the two?

Free international trade brings not only cost savings but also international expertise and technology. With only one homegrown offshore wind project complete (Deepwater Wind’s Block Island), the US has neither the expertise nor the supply chain to go it alone without the decades of experience offered by mature renewables markets like Denmark and Germany and respected European manufacturers like Siemens Gamesa and Vestas.

However, outsourcing manufacturing and services to established foreign markets can cause a backlash at home. The UK provides cautionary examples like the media outcry over Thanet Offshore Wind Farm, which had turbines supplied and installed by Danish companies, submarines using Italian power cables, Swedish developer Vattenfall running the project, and only 20% of investment contracted to British businesses. The London Array offshore wind project, which awarded only 10% of contracts to British companies, came in for similar criticism.

Despite Britain’s obvious lack of manufacturing capacity and experience in the sector, local manufacturers had been promised work (“local content”) by politicians and renewable energy advocates, and felt understandably cheated, while UK taxpayers objected to their money going to foreign companies. All this threw cold water on growth hopes in the renewables sector.

The British government attempted to encourage local content by requiring new projects to produce ‘supply chain plans’ and then by agreeing a goal of 50% local content with trade body RenewableUK. 2017 research by RenewableUK found that offshore wind had almost met this goal, investing an average 48% in the British economy.

As well as creating local jobs, supporting local industry, and increasing the tax base, this means Britain has the option of exporting renewable goods and services.

Back in the US, the Jones Act – which states that ships operating in US ports must be American-made and -owned – means all US offshore wind farms will create jobs and opportunities for American shipping companies.

However, offshore wind will need to bring further benefits to the local economy to win the support it needs to succeed. Supporting local supply chains while avoiding excessive costs and risks will be a challenge, but striking the right balance is more important now than it’s ever been.