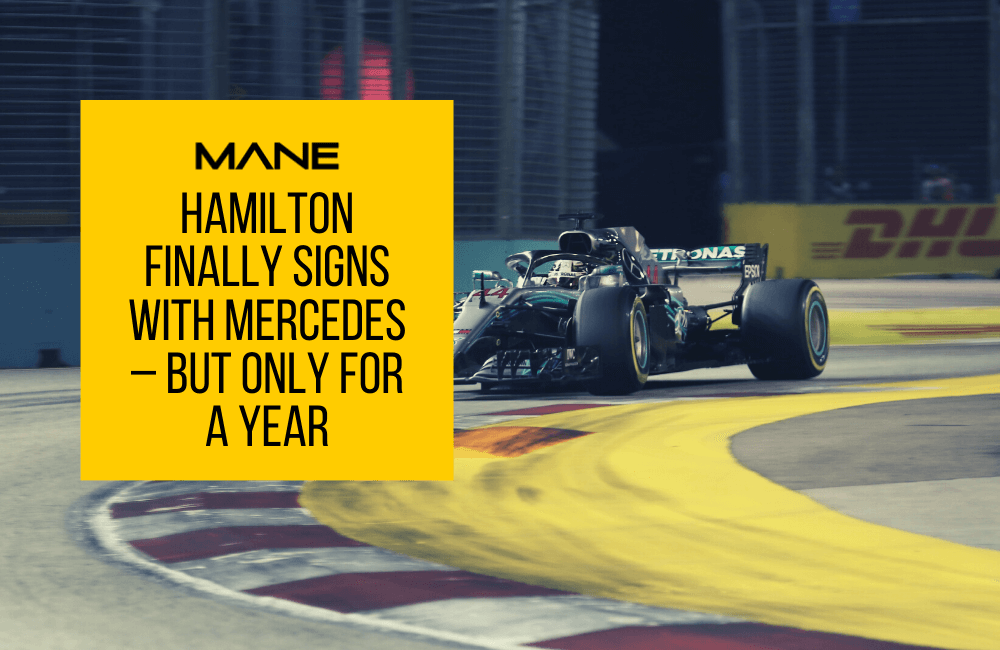 Hamilton finally signs with Mercedes – but only for a year

Hamilton’s previous contract came to an end in 2020, the year he became F1’s most successful driver, with seven titles and more all-time wins than Michael Schumacher. This left Mercedes with some negotiating to do to keep him on board.

The new contract will only last for the 2021 season, a decision Mercedes boss Toto Wolff says is down to the lateness of the decision. Part of the delay, he explains, was caused by Hamilton catching COVID in December, but it was also because both men wanted to “see how the world developed”.

This includes both the pandemic and major F1 rule changes, including a budget cap (starting at $145m/£114m this year) and new technical rules coming in 2022 to close up the field. COVID could impact Mercedes’ revenue, says Wolff, while the demise of fossil fuels is pushing costs up, with Daimler needing to invest in electrification.

However, he says he and Lewis and the rest of the team are totally in agreement about the situation. They just didn’t want to hash out contract details for 2022 and beyond over a Zoom call in January with so much uncertainty in the air.

The new deal includes a commitment by Mercedes to keep working with Hamilton towards "greater diversity and inclusion in motorsport", including setting up a joint charitable foundation – which Wolff points out as evidence of Hamilton’s and Mercedes’ “long-term commitment to each other".

He says there was never any doubt on either side that Hamilton would sign, and denied reports that Hamilton had demanded a share of the team’s income on top of his salary.

Wolff also denied rumours of a bizarre “Verstappen clause” that would have given Hamilton the power to veto the recruitment of any driver he didn’t want as a team-mate (including but not limited to Max Verstappen, who could potentially challenge Hamilton’s dominance at Mercedes if Hamilton is still there when Verstappen’s Red Bull contract runs out in 2023.)

Wolff hasn’t revealed the exact value of Hamilton's new contract, and says no final decision has been made on whether the 36-year-old will keep racing beyond 2021, but says he believes Hamilton is very capable of doing so.

Dutch driver Robert Doornbos pointed out that Mercedes painted itself into a corner by allowing negotiations to go on for so long. George Russell was widely believed to be the potential replacement for Hamilton if the deal fell through. But as seen at last year’s Sakhir Grand Prix, Russell has trouble squeezing his 6’1” frame and large feet into a car built for Hamilton.

So as time went by and the building of this year’s car progressed, Russell would have ceased to be an option – putting the squeeze on Mercedes to sign Hamilton.