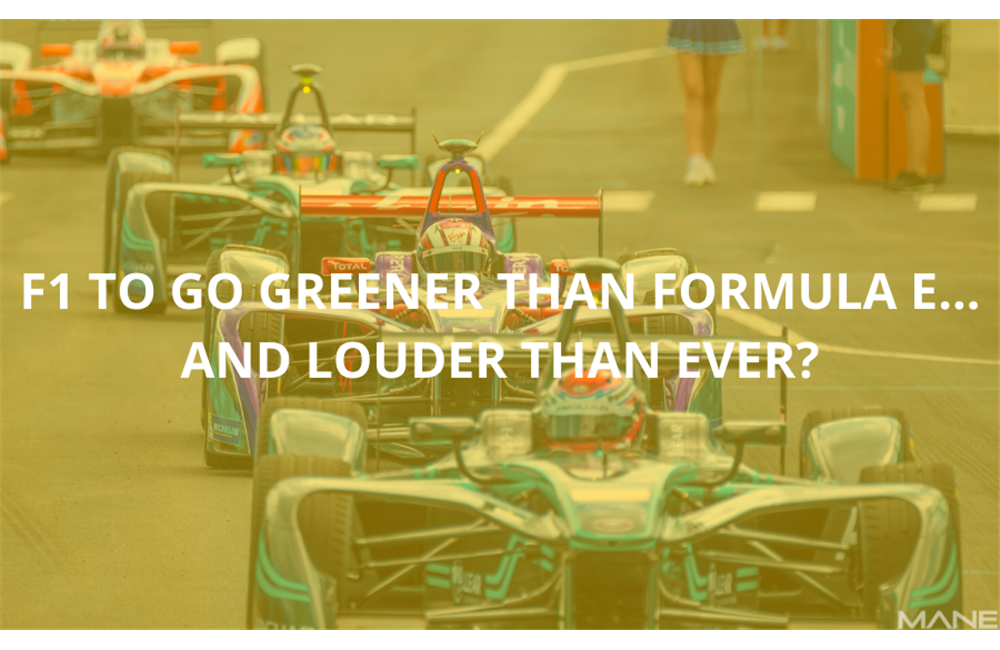 F1 to go greener than Formula E… and louder than ever?

Formula 1 racing is looking ahead to its goal of carbon neutrality by 2030 with the introduction of new two-stroke engines that run on an innovative synthetic fuel.

While the engines will still use internal combustion, experts within the sport believe they could be even more eco-friendly than electric engines of a similar performance calibre. The secret is the combination of an efficient two-stroke design--which overcomes many of the problems two-stroke engines once presented--and the new fuel, which uses hydrogen alongside carbon captured from the air for a dramatic reduction in the carbon footprint of each race.

While the shift won’t be fully made until 2025, F1’s chief technical officer Pat Symonds has commented that the timeframe will allow teams to prepare to use the tech to its fullest potential, integrating it into every area of racing--from the planes that bring the cars to each track to the equipment used during the race.

Symonds has been optimistic about the future of low-emission internal combustion, pointing out that electric engines don’t work in every situation. And while two-stroke engines are historically associated with lawnmowers and other noisy small machinery, they do more work per pump of their pistons than traditional engines--making them prime candidates for highly efficient, clean designs. Recent improvements in fuel injection and ignition systems have also laid the groundwork for future two-stroke dominance in motor sports.

The chemistry of the new fuel would be engineered to suit the engine design, with a specific blend of hydrocarbons intended to provide the most energy with the lowest possible amount of particulate emissions. This alone would improve efficiency by 2.4 per cent.

The project of developing the new rules accompanying the implementation of the new engine designs and fuels will be undertaken by a working group selected by Symonds, similar to the new chassis rules to be introduced next year.

Until the changeover is complete, cleaner e-fuels that can be used in current engines are expected to see wider use. F1 on the whole is already moving in a greener direction, and many in the motorsports world are looking toward the future with enthusiasm.