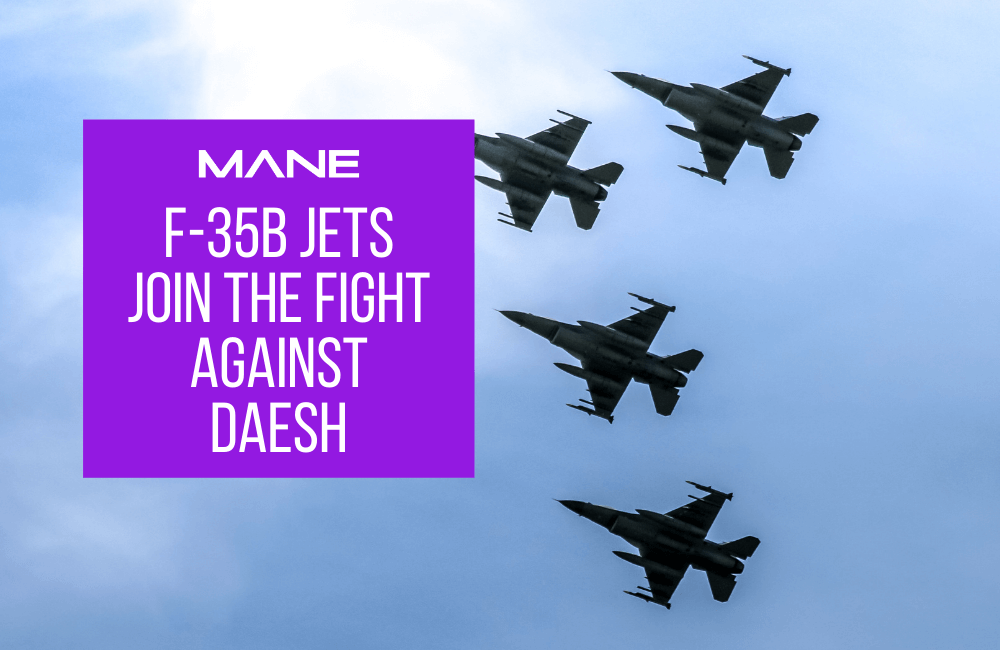 British F-35B fighter jets will be joining Operation Shader, the UK’s contribution to the worldwide fight against Daesh.

The lightning-fast fighters, based on board HMS Queen Elizabeth, will be the spearhead of the Carrier Strike Group’s air power.

This marks the first deployment of UK fighter jets on an operational aircraft carrier since 2010, and the largest number of F-35Bs to ever be deployed at sea.

The RAF’s famous 617 Squadron (‘The Dambusters’) will be operating the fighters to support counter-Daesh operations in Syria and Iraq.

James Heappey, Minister for the Armed Forces, said the jets would “pack a potent punch” and help prevent Daesh regaining a foothold in Iraq.

The Carrier Strike Group, led by HMS Queen Elizabeth, is the largest concentration of sea and air power to be launched from the UK in a generation. It sets sail on its first deployment next month.

Composed of both Royal Navy and Royal Air Force personnel, the group is committed to serving the cause of global security by confronting persistent threats worldwide. The F-35Bs are expected to have a significant impact against Daesh.

Despite Daesh’s loss of all territory in Syria in March 2019, Daesh terrorists still operate in significant numbers in both Syria and Iraq.