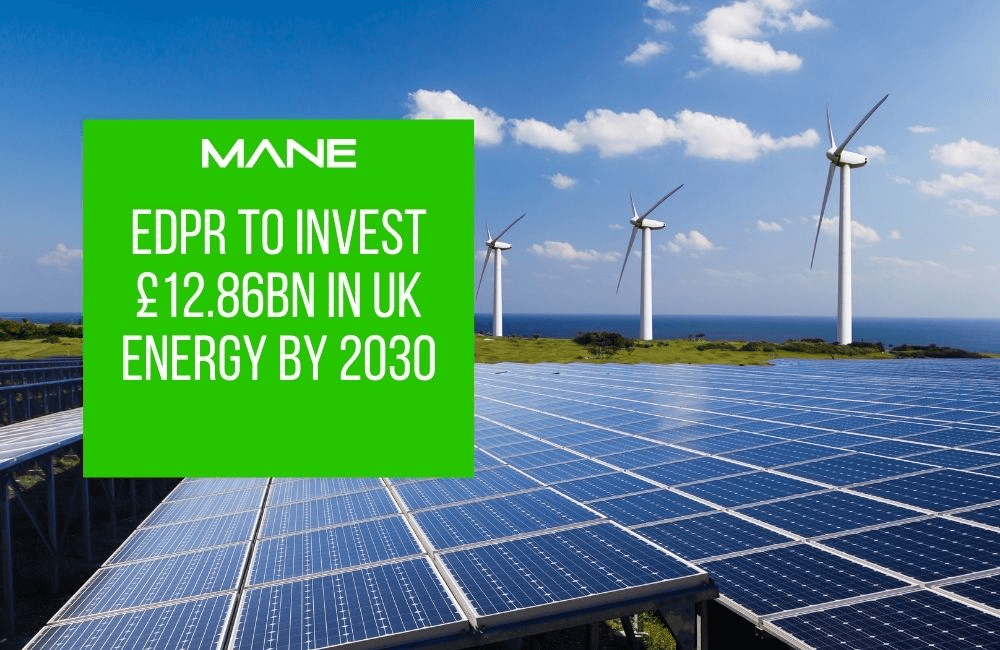 EDP Renewables (EDPR), an international energy company based in Spain, says it plans to invest £12.86bn in the UK’s green energy transition by 2030.

This is in addition to the £2.65bn investment by Ocean Winds, a joint venture between EDPR and Engie, in the Moray East and Moray West offshore wind projects.

“These plans to invest up to £13bn by 2030 underscore our commitment to the UK – a strategic market for the growth of the group,” said CEO Miguel Stilwell d’Andrade, who has lived and studied in the UK. “We have an established position in the offshore market, now complemented by our entry into onshore, and we will explore any further opportunities that allow us to continue to play a leading role in the UK’s energy transition.”

EDPR’s presence in the UK is not new; the company has been in the UK market for over ten years and has become an established player in the offshore segment. It acquired two solar and wind portfolios last July, with a forecast capacity of 544MW between them.

EDPR’s five-year plan is to invest nearly £660m to expand its UK activities. At the same time, the company is exploring new opportunities in the renewable energy sector, including negotiating with local partner companies for another 200MW of wind power capacity.