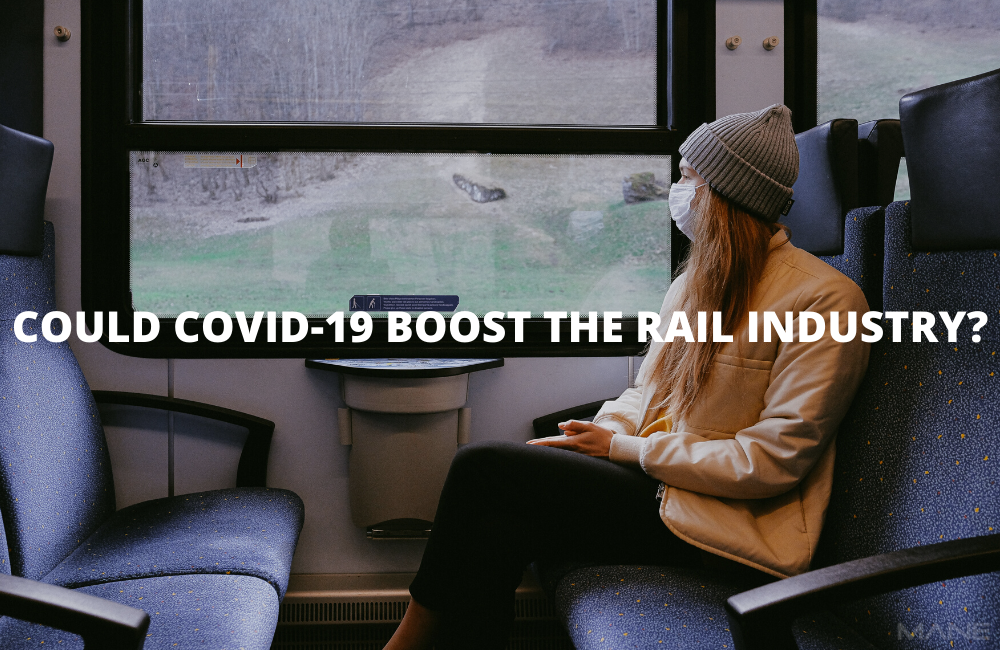 Could COVID-19 Boost the Rail Industry?

The airline industry’s loss could be the rail industry’s gain, according to a UBS report. Post-lockdown, the impact of coronavirus could speed up passengers’ shift from air to rail, boosting the railways’ growth over the next decade.

The report, titled ‘By train or by plane? The traveller’s dilemma after Covid-19 and amid climate change concerns’, predicts that countries will remain focused on cutting carbon emissions by 2050, and passengers will more readily accept the extra time involved in train travel.

That doesn’t mean the rail industry won’t suffer in the short term. UBS expects global GDP to fall by 0.5% in 2020 before growing by 4.5% in 2021. But the industry is predicted to bounce back and experience strong growth for the rest of the decade.

The enforced adoption of climate-friendly habits during lockdown, the abrupt fall in emissions, and the resultant surge of ‘we are the virus’ feelings, could drive a worldwide rise in awareness of the climate movement and see less wealthy nations getting on board.

If the quality and frequency of high-speed train services improved, they could woo business and leisure travellers in both Europe and China away from flying. This would reduce the predicted worldwide air traffic growth from 5.1% to 4.6% per year.

UBS predicts that rail growth, especially in Europe, will be driven by convenience, efficiency, and ESG (environmental, social, and governance) trends. High-speed trains in particular are set to see over a 10% compound annual growth rate in the medium term, versus 3% in the rail industry as a whole.

The report says rail is the best solution to the transport problems caused by population growth, rising standards of living, and increasing demand for local and international transport. They believe political support for investment in railways is rising significantly thanks to lower financing costs. While risks to the environment have to be mitigated, rail is already the greenest way to travel, and this will only improve as it continues to reduce its dependency on the electrification of the network.”

Another political factor is the liberalisation of the European rail market, which is set to drive drastic improvements in the affordability and frequency of high-speed and very-high-speed train services in Europe, making them much more palatable alternatives to air travel.

UBS calls 2019 and 2020 the “inflection point” for the rail industry, with open network access across Europe by December 2020, supported by market liberalisation as private rail companies, unlike their state counterparts, outsource the maintenance of rolling stock to the manufacturers.

The impacts of this growth across the rail industry will be significant, with France, Germany, Italy and Spain expected to invest €40-60bn in up to 800 new high-speed trains in the coming decade. Growth could receive a further boost from the major investments in high-speed and very-high-speed infrastructure being made in France, Germany, Spain, and the Baltic and Nordic regions, as well as by the increased connections between Western and Eastern Europe.

UBS also predicts that the next decade will bring signalling suppliers €6bn worth of revenue opportunities.