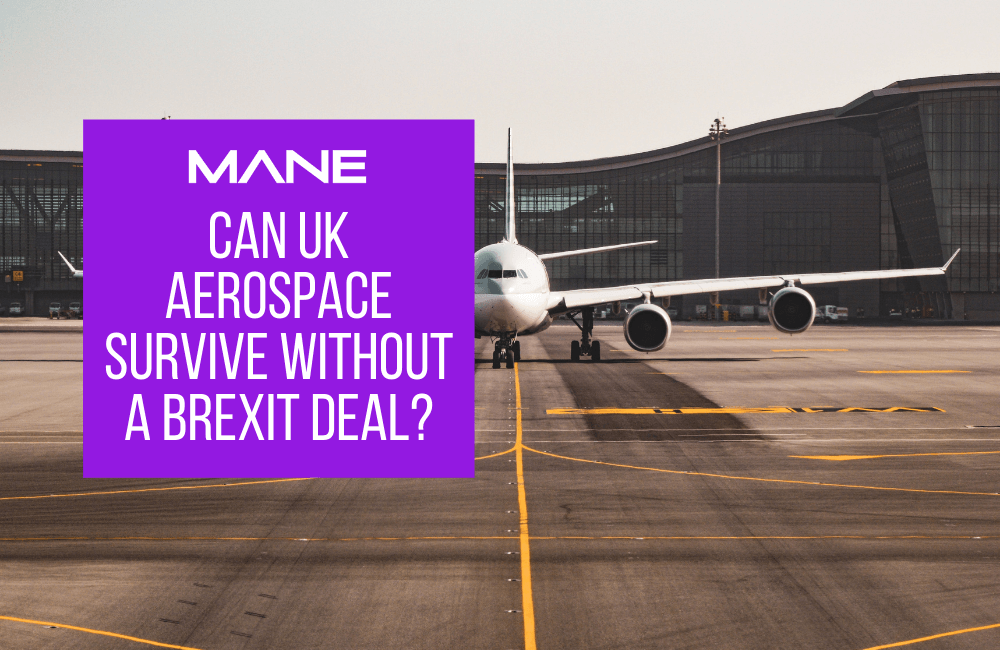 Can UK aerospace survive without a Brexit deal?

The future of Britain's £34bn aerospace industry is in jeopardy unless a deal is struck with the EU on the mutual recognition of parts, according to industry body ADS.

The UK is the second biggest aerospace manufacturer in the world, employing 110,000 workers. But ADS says that without this deal, customers would “go elsewhere” and many UK businesses would relocate overseas.

Even if we avoid a no-deal Brexit, ministers’ focus on other industries such as fishing has left the certification of vital aircraft components off the Brexit table, and aerospace facing its own “no deal”.

This comes when the sector is already struggling thanks to near-zero demand during COVID. The entire UK aerospace industry only sold 13 aircraft between July and September. And even with a deal, Brexit will mean extra costs and complications for the industry.

Currently, all aerospace parts manufactured in the EU are certified by the European Union Aviation Safety Agency (EASA), which has mutual recognition deals with regulators worldwide. But on 1 January, parts designed in the UK will instantly be invalid in Europe.

Britain’s Civil Aviation Authority (CAA) will be certifying parts going forward, but with no experience in the job, it’s likely to face teething troubles.

ADS CEO Paul Everitt says that without a deal, it would be vital for the EU to put temporary measures in place to recognise UK-approved changes to part designs.

However, that might be shutting the stable door after the big manufacturers have bolted, with giants like Rolls-Royce already moving their design teams abroad to avoid higher costs.

Other companies are making separate arrangements for the EASA to continue to oversee some manufacturing activities, so they can keep supplying parts to companies like Airbus.

Both the EASA and the CAA are keen to solve the problem, but are hampered by the wider political issues between Britain and Europe, says Everitt. He warns that without a deal, innovation will slow down and Britain will lose its dominance in the sector.

A spokesperson for the government has said “intensified talks” are in progress, and cited the “common interest” of both Britain and Europe in enabling the aerospace industry to thrive.