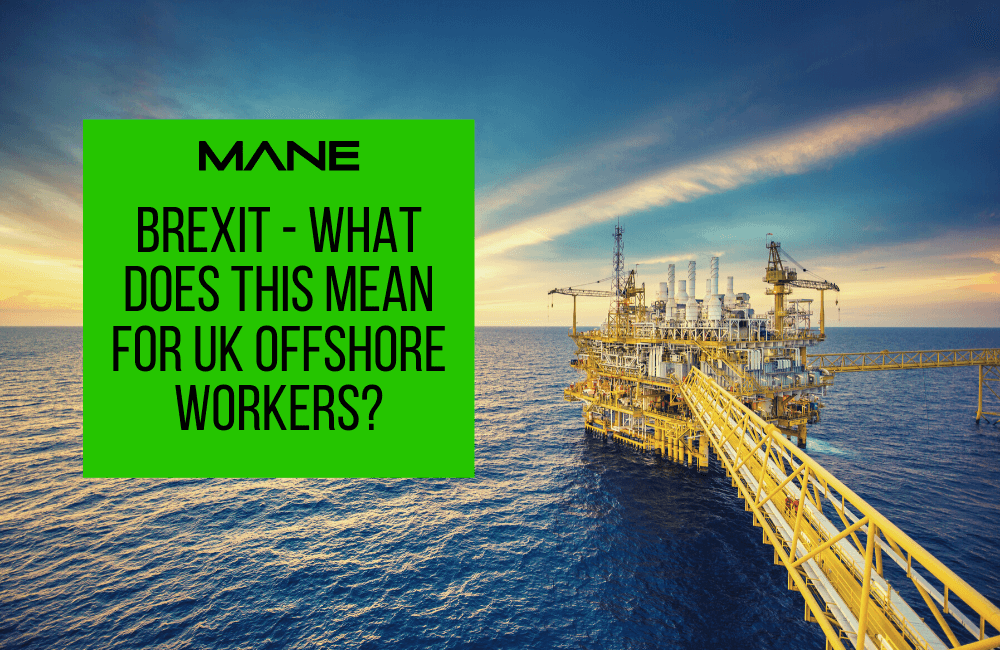 Brexit - what does this mean for UK offshore workers?

In all the talk about how Brexit will affect EU workers in the UK, we’ve heard little about the impact on the one million British nationals working in the EU.

Currently, all UK workers in the EU are covered by the EU Posted Workers Directive, which sets out standardised principles for employers seconding staff to any of the 27 EU countries. When this ceases to apply on January 1st, we could be faced with 27 different sets of regulations.

For offshore workers, there’s another complication: when is a worker in European seas even in the EU?

Whatever Brexit deal or non-deal we end up with, the lack of precedent means it’s likely to take time for legal systems and local authorities to adjust to new legislation and get it up and running in practice. So how can HR leaders prepare for the unknown?

Steps for HR leaders to prepare for Brexit

1. Get clear on which employees, in which locations, are going to be affected.

2. Make sure your people are clear on it too – set up regular communications to keep them in the loop.

3. Decide on your principles as an organisation. For instance, if you want to support continuing residency status for your people, but don’t want to support changes of citizenship, put that in writing.

4. In most EU jurisdictions, you’ll need to talk to works councils and employee representative bodies; they have rights to information and co-determination. Decide on your strategy for engaging with them.

5. Look beyond hiring and immigration at the broader risks: what’s going to happen in your supply chain? What about trade and customs duties, corporate tax, and foreign exchange? Build your new risk register.”

6. For cross-border workers who work in multiple EU states, ask their line managers to give you a breakdown of where their projects are based and how much of their time they’re spending in each country. Plan how you’ll handle work permits in advance so you have a template ready for client requests.

What documents will UK workers need to work temporarily in the EU?

From January 1st, British nationals will need a work permit (or some other form of authorisation) to work in the EU. Those who are already commuting between Britain and Europe before January 1st will need a ‘cross-border workers’ document.

While UK nationals won’t need an entry visa, if your worker is a foreign national living in the UK, it’s worth double-checking visa requirements for them. All workers will need a residence permit if they’re staying longer than 90 days within a 180-day period.

Will EU taxes be due?

What about offshore workers outside the 12-mile zone?

If the worker will be staying outside the 12-mile zone the whole time and not going ashore, they won’t technically be “in” the EU and won’t need a work permit. They may also be eligible for an exemption if they work on a registered vessel for international transport.