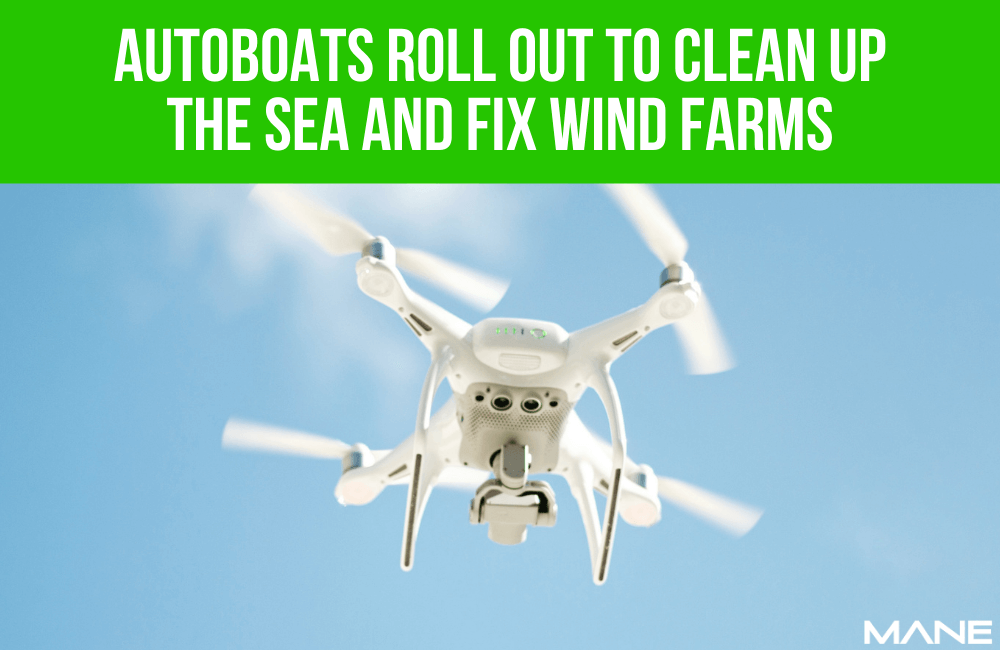 Scientists at Bristol University are working with French science and engineering company Thales to test technology that can handle the dangerous job without human workers.

The AI boats carry the drones out to wind farms at sea, where the drones take off, land on the wind turbines’ blades, and repair any damage.

The tech is expected to be ready to use in five to 10 years.  Given Boris Johnson’s recent pledge that offshore wind farms will be generating enough power for every home in the UK within the next decade, is this something that can help? He aims to make Britain “the world leader” for green energy.

The team is testing the boats and drones in Plymouth’s Smart Sound, a dedicated space for testing AI and autonomous sea technology.

Chris Wardman of Thales says this isn’t about taking human workers’ jobs, but about removing the dangerous elements from their jobs, improving efficiency, and reducing carbon costs.

Another green use for the boats is clearing plastic from the oceans. The team is working with Southampton University on a 20 to 30-strong fleet of robot boats that will spend months at sea clearing the worst areas of plastic pollution.

Plastic waste converges in certain parts of the sea, but because the plastic is still fairly spread out, it takes a lot of humans to clear it. AI boats and drones can spread out to clear large areas with little to no human involvement.

Another upside: a fleet of small AI boats covering a large area is more cost-effective than a single large boat to-ing and fro-ing across that area, loaded with human workers who all need paying.

Because of this economic incentive, Professor Steve Turnock of Southampton University predicts that in the next decade these boats will be in use not just cleaning up the oceans, but also exploring them.

Given that we are being told this isn’t about replacing jobs, does it mean that existing jobs are to change or do we need to recruit new people into the sector?